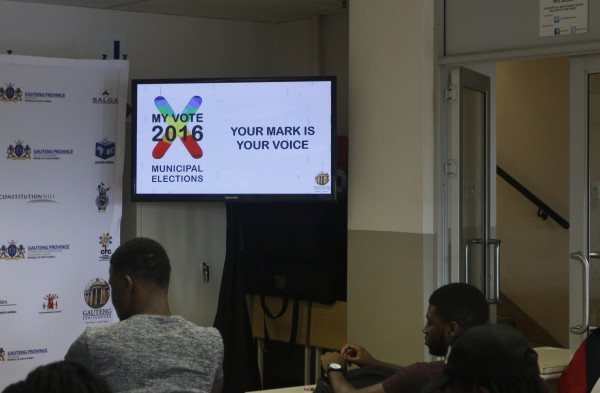 The importance of the youth vote in the upcoming elections was the main focus of the Voter Education Dialogue panel discussion held at Wits University earlier today. About 50 Wits students attended the discussion, led by former TV presenter Hulisani Ravele, which included Ntombezinhle “DJ Zinhle” Jiyane and the acting speaker of the city of Johannesburg, councillor Solly Mogase.

Opening the dialogue, Ravele told the audience the youth vote is the most important in the South African context because the country has the youngest population in the world.  “Realise there is an importance in your vote. If you think the future of the country depends on the president, you’re wrong. Future depends on everyday people,” said Ravele.

Councillor Mogase said that, as the city, they need young people to be involved in determining budgets and holding the government accountable.  “Make the council responsible, don’t be afraid,” said Mogase.

“Be patriotic, love this country. You need to care about your country,” said DJ Zinhle.

Wits SRC Deputy President Motheo Brodie also spoke to the students saying: “We want our voice to be heard. We need to use the channels available to us to exercise our right”.

About a third of the students present said they were registered to vote and the rest were assured by Flory Mofokeng from the Department of Home Affairs that they can still register at their respective IEC (Independent Electoral Commission), municipal offices.

Mofokeng said people have no reason not to vote, and as Home Affairs they would issue immediate temporary certificates for people who have lost their identity documents (IDs).