Witsies to represent Gauteng at the nationals.

TWENTY-ONE senior Wits Hockey players are representing Gauteng at the Inter- Provincial Hockey Tournament (IPT) in Randburg from April 25 to 30. 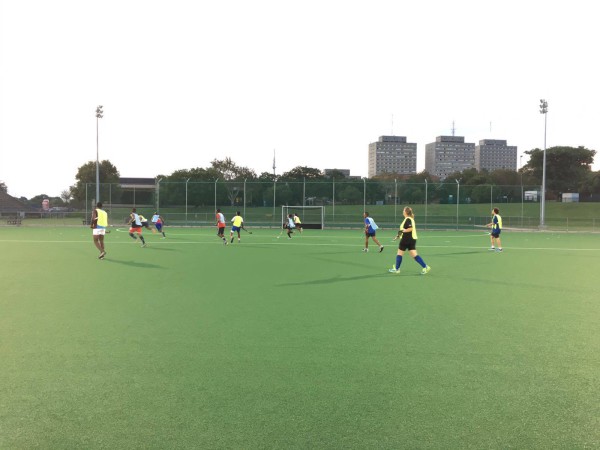 GAUTENG REPRESENTATIVES: Some of the hockey players during preparation
Photo: Provided

One of the selected players, Brandon James, a first-year year BA student, said that he felt proud to be representing both Wits University and Gauteng. “A lot of hard work has gone into this achievement, I hope to keep working hard and earning more achievements,” said James.

Kamal Ramburuth-Hurt, second-year BA student, will also be joining the provincial team. “It’s exciting to play at a top level because you get to measure yourself and improve.”

Wits Sports Officer Erika Venter said that she was proud of the Wits hockey players and their achievements. “The players have to deal with added pressure from the academic side, however, they have the ability to balance sport, academic and social life, which I believe is proof of their level of maturity,” said Venter.

Venter said that she was confident about the player’s performance. “This is an opportunity for players to grow their skill, our hockey players add value to improve their skills both on and off the field.”

The players are competing against other provinces in an attempt to be crowned National Champions on Saturday, April 30.