Ngubeni said that the Federation of Governing Bodies of South African Schools (FEDSAS), an organisation that represents many formerly white Model C schools, of “using the law to discriminate against learners from poor areas”.

Chadni Gopal, legal advisor of the Equal Education Law Centre, said that this discrimination is a result of the implementation of feeder zones, which requires students to attend schools within a 5km radius of their home or their parents’ workplace.

Gopal and Ngubeni argue that this unfairly discriminates against children from poor areas where schools are not well equipped.

“We are trying to eliminate racial inequality in the school system,” said Gopal. “Good schools are in affluent areas where rich people live.” 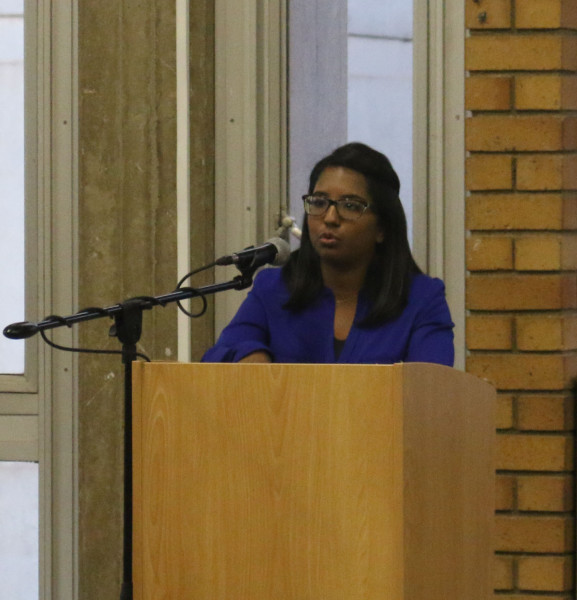 Gopal and Nguebeni made their comments at a seminar hosted by Equal Education on Tuesday on Education Campus.

In a document provided at the seminar, the organisation said, “there is an inextricable link between race, class and geography that persists in Gauteng. Determining feeder zones on a geographical basis has a disparate racial impact.”

The Gauteng department of education (GDE) and Equal Education aim to have the feeder system in Gauteng challenged at the Constitutional Court on May 5. FEDSAS, the applicant, will seek to allow schools to obtain students’ personal details such as academic records and learning disabilities for admission purposes.

“We are referring the matter to the Constitutional Court as we weren’t confident with the proceedings that have taken place since 2013,” said FEDSAS spokesperson Dr Jaco Deacon.

“We would like some clarity of the procedures such as zoning and FEDSAS having the last say on the capacity of schools.”

Lesego Ntobeng, deputy director of legal services at the GDE, said that the department has the responsibility to accommodate the wishes of parents and learners. He said current education system of feeder zones was the result of apartheid-era segregation.