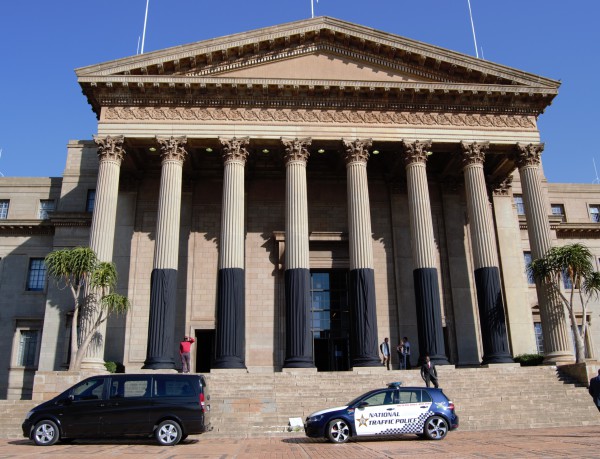 Wits students and staff have spent the past week mourning the death of seven Wits students killed in a traffic accident on Sunday while returning from a religious gathering in Limpopo. Meanwhile police are continuing their investigation.
The atmosphere on Wits campus has been sombre throughout the week of mourning. Tuesday evening, May 3, saw several hundred students and staff gather to pay their respects to the seven deceased students.
The deceased students were a diverse group who came from several faculties and were in different years of study. They were from provinces across South Africa. Many of the students belong to the Wits Zion Christian Church (ZCC) student society.
One of the residences, Wits Junction, had a prayer session for Letlhogonolo Joshua Mosime, a resident and third-year Mechanical Engineering student who died in the accident.
Social media pages of the seven students have received a number of condolence messages from friends and classmates. People are tweeting memorials to the students under the hashtags #WitsSeven and #LimpopoAccident.
Secretary general of the SRC, Fasiha Hassan, said that they are working with the ZCC to organise memorial services and a commemorative march. The march should take place on Friday, May 6 from Wits Education campus to Main campus.
Students are encouraged to wear black and bring flowers and candles.
Police are continuing to investigate the road accident that happened on the N1 South near Mokopane.
SA Police Service investigator Johannes Mokgamatha has confirmed that a case of culpable homicide has been opened.
“We are waiting for the results of the DNA tests to be released before we can conclude the case,” said Makgamatha.
Names of the deceased students will only be released to the public after the DNA results and forensic tests are in.
Vice Chancellor Adam Habib along with the dean of students and some SRC members went to Limpopo in response to the accident. Shirona Patel, Wits University spokesperson, said that the delegation worked with police to identify the seven students who had passed away so that the police could inform their next of kin.