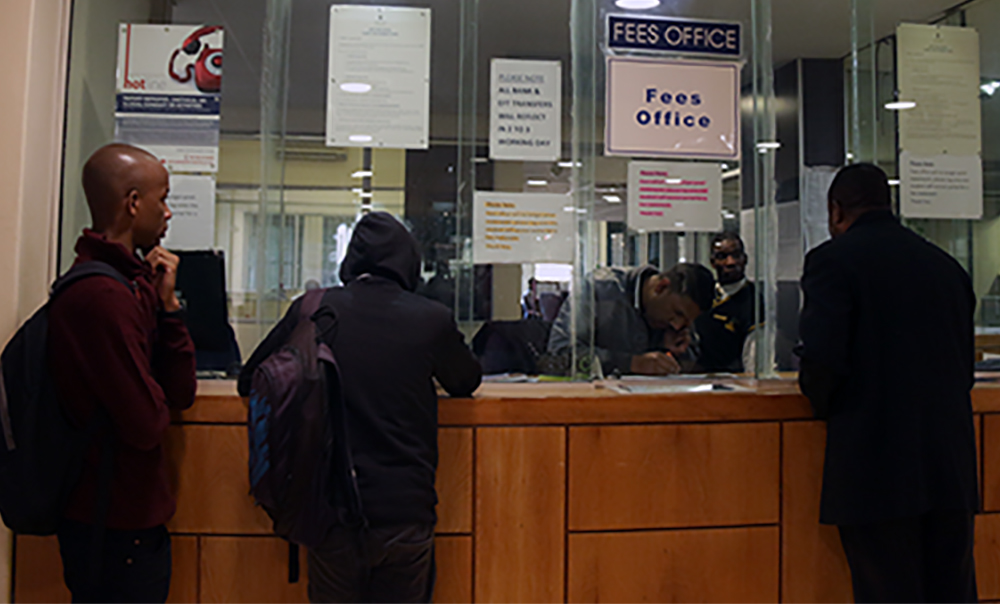 THE WITS SRC has declared that they will reject any fee increment proposed this year.

“If government and the university put up increments we will have to act,” said SRC secretary general Fasiha Hassan.

This comes after media reports speculated that the Council for Higher Education will recommend that university fees should increase by a percentage closely aligned with the Consumer Price Index which currently sits at 6.1%.

A representative of Fees Must Fall (FMF), Ntokozo Moloi, said FMF had nothing to say about fees increasing because they are a symptom of commodified and commercialised university spaces.

“Until we decommodify and decommercialise our universities and take the attitude that education is a public good, fee increment will always be there,” said Moloi.
Moloi added that FMF’s stance has always been a call for free, quality, decolonised education.

“We cannot protest against increments every year, we want a permanent solution,” said Moloi.

In a similar line of thought the SRC has demanded a “moratorium on all free increments until the realisation of free and quality education” on their Twitter page.

The council is expected to present their research to the Minister of Higher Education, Blade Nzimande, later this month. The research will focus on a regulatory framework concerning fees as well as recommendations for the 2017 academic year.

Hassan said that the announcement about a fee increment is badly timed. “We don’t believe the minister can make any announcement on fees until there’s an outcome on the feasibility of a fee-free higher education and training from the Commission of Inquiry into Higher Education and Training,” said Hassan.

The Commission of Inquiry was set up by President Jacob Zuma in the aftermath of the #FeesMustFall protests last year. The commission has just concluded collecting proposals and is set to begin reviewing them. Over 170 proposals were sent to the commission, 110 from students.

Wits University spokesperson Shirona Patel said the university would not comment at this stage because they are “waiting on government’s decision in this regard.”