African ties with Korea and a chance to win R5000

The contest, which is in its fourth year, previously only allowed entries from Wits students. This year, submissions have been expanded to University of Pretoria students and the general public. The contest aims to  boost an understanding of Korea among  young South Africans and takes place over two legs with the winner walking away with with a R 5 000 reward.

Genevieve Savary (21), an International Relations honours student who participated in the contest last year, was placed second and now interns at the Korean Embassy in Pretoria. Savary said participating in the competition further cultivated her interest in learning about the many ways that the two countries benefit from each other. “It’s important for us as students to take such opportunities to change narratives and stereotypes of Korea,” she said. 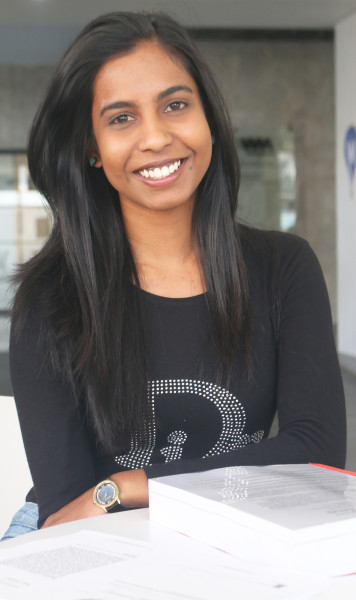 Genevieve Savary was placed second in the contest last year and now works at the Korean Embassy.

According to Savary, student participation helps provide insights about South African culture  and also opens up positive discussions about Africa. Savary added “the trajectory of this continent has to be important to you”.

Savary will be part of the reviewing panel for the essays submitted and she said  good essays are those that are well researched, “you must become one with the research and you must connect with the topic”, Savary said. She added that showing initiative and being invested in the topic will produce a good essay.

Savary is currently heading a Social Sciences Project that aims to develop practical ways of introducing Korean culture and texts to school programmes.

Professor Garth Shelton from Wits’ International Relations department, who introduced the contest to the institution, was not available for comment. However, Savary stated that he is very invested in the programme and is proud of her achievements so far.

Details to the contest can be found on the Embassy of the Republic of Korea to the Republic of South Africa website (http://zaf.mofa.go.kr). Entries close on August 10th for the first leg and August 29th for the second leg.