DESTINATION Green is a student recycling service that focuses on promoting environmental sustainability and economic viability.

The green initiative was founded last year by Wits graduates Faith Diketane and Zwelibanzi Mnguni in their final year of Civil and Environmental Engineering. The pair were inspired by the question of how they could be the solution to the country’s environmental problems as engineers.

Diketane said that initially they began recycling just to make money, however, as they progressed and saw the impact of their actions their goal changed to making “a difference and to change our mentality as engineers”. 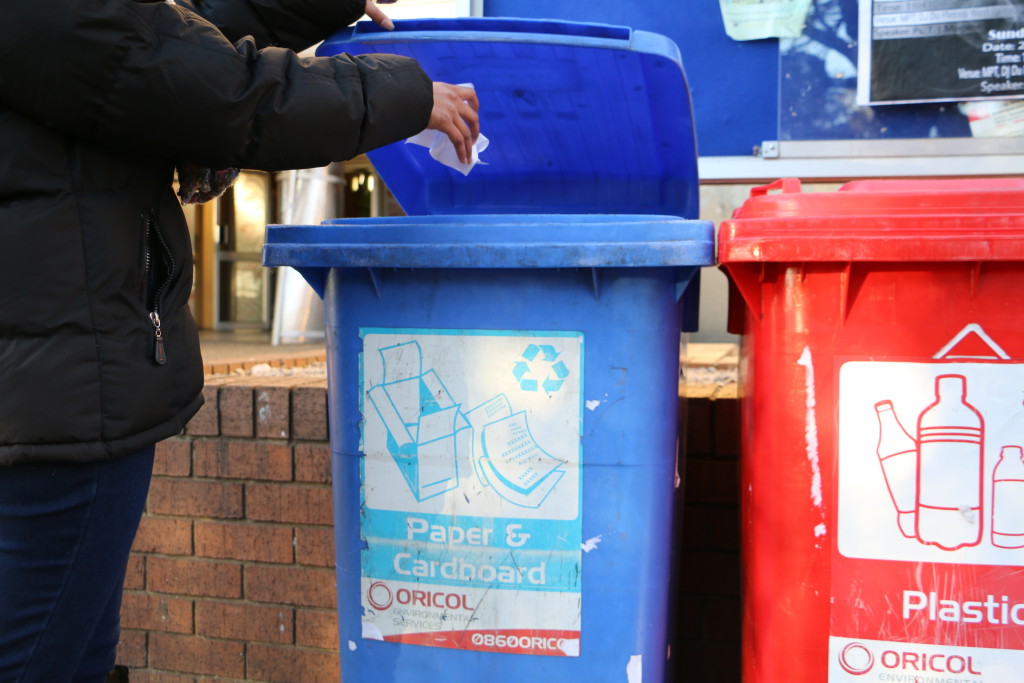 Destination Green currently has seven members. They collect all types of recyclable waste such as plastics, paper, tin cans and glass which they sort and crush in Mnguni’s grandmother’s backyard in Tembisa. From there they sell it to buy-back centres in surrounding areas.
Their ultimate goal is to open a buy-back centre in Tembisa because currently they have to travel far, which can be expensive and time consuming.

“Instead of informal recyclers walking long distances to sell their recyclables we want to bridge that gap and at the same time create employment,” said Talana Tefo a second-year BSc Material

Tefo added that they also wanted to create awareness about recycling. “We want to teach people why they should recycle. There’s so much value in rubbish,” she said.

They also want to shift people’s mentality about who they associate with recycling, which is generally associated with poor people and the homeless. People often ask them why they are recycling because they are Wits graduates.

“Recycling is seen as something categorised for poor people and we want to shift that because as long as you are a consumer you have to recycle. It’s everyone’s responsibility,” said Diketane.
Destination Green members collect from restaurants, supermarkets and households, They also want to get schools involved in recycling.