The DA, EFF and ANC have campaigned for the last time before the elections.

With just three days to go before the local government elections political parties are pulling out all the stops to conquer new ground and secure some hotly-contested municipalities.

This past weekend the ANC, DA and EFF held their final rallies, officially campaigning for the last time ahead of Wednesday’s local government elections. The DA gathered at Dobsonville stadium in Soweto on Saturday, while the ANC filled Ellis Park stadium in Johannesburg the day after. At the same time, the Peter Mokaba stadium in Limpopo turned red for the EFF.

There was clearly significant amounts of money thrown at each of the campaigns but will the money spent be reflected at the polls?

DA leader Mmusi Maimane once again invoked the name of Nelson Mandela as part of his party’s campaign. 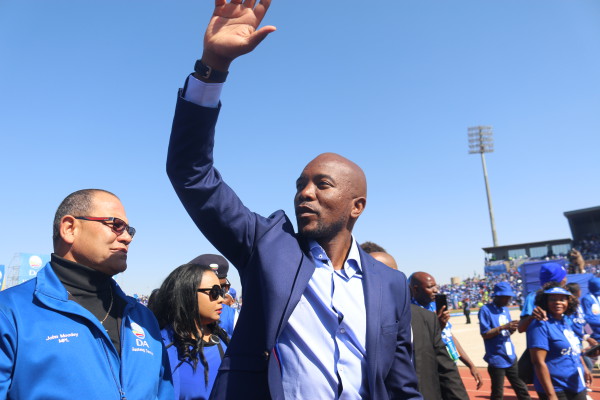 Maimane said that the day Zuma took over as ANC president, the party of Nelson Mandela died “under Zuma the ANC has become everything it once fought against.”

He said that he is confident that the party will grow even more, adding that people are realising it’s (DA), the only party that can better the lives of South Africans.

“They said before … the DA can’t grow past a certain point. But when I look out here, I realise that these are South Africans who want change,” said Maimane.

The DA leader said that political affiliations don’t matter in the DA “what matters is that we can do the job”.  Maimane said that the DA provide more services and “we don’t give jobs to friends, family and politically connected people.”

Despite Jacob Zuma’s labelling of Black DA supporters as “confused” many people at the stadium seemed to know what they wanted.

Rhina Sebelebele (26) from Mpumalanga said it took her more than four hours to get to the stadium said that she is excited to be part of the closing election and the rally was a victory celebration.

“I’m ready to vote for change,” she said.

The Ellis Park stadium in Johannesburg was painted all yellow at the Siyangoba, the ruling party’s rally where President Jacob Zuma delivered his speech on Sunday. 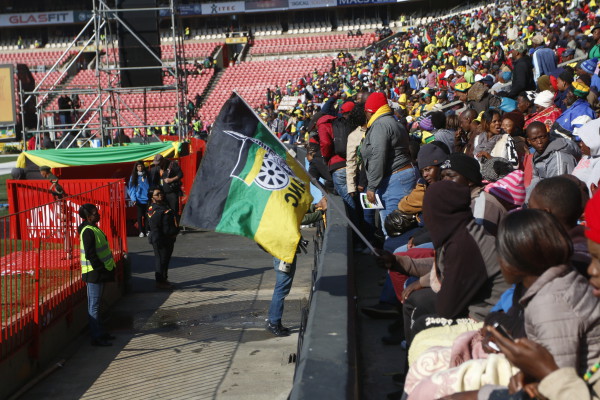 The President said as he was concerned Mandela was not a fan of the Democratic Alliance (DA). “Madiba warned our people about the DA which cares for black people only on the eve of elections.”

Despite the disagreements over Tshwane’s city’s nominated mayoral candidate (Thoko Didiza), Malcolm Moloto, one of the residents from Tshwane said that he is happy to be part of the celebration, “I’m proud of the changes that ANC has done,” Moloto said.

EFF leader Julius Malema and EFF supporters commandeered Peter Mokaba stadium in Limpopo and dressed it all red at the Tshela Thupa rally on Sunday.

Malema said that the ANC has died long back with veterans like Mandela. “The ANC is dead and buried with Nelson Mandela in Qunu. If you want the ANC, you must go to Qunu because there is no longer the ANC.”

“On August 3 we are not going to bury it but we are going to unveil its tombstone,” Malema told his appreciative supporters.

He said that if EFF wins the elections there will be free education, a 24-hour clinic in every ward and an increase in social grants.

The red berets leader said “Free education is possible, you have the wrong government that lacks the political will to give you free education.”

The special voting in the local government elections begins on Monday while the rest of the nation will take to the polls on Wednesday, August 3, from 7am.