We tried to find the official stance of the African Christian Democratic Party to homosexuality and free education but couldn’t quite get any definitive answers.

THE African Christian Democratic Party (ACDP) is against gays and lesbians. But maybe it’s not. It depends on who you’re speaking to.

“We believe that God created Adam and Eve, not Adam and Steve,” ACDP Youth League president Kagiso Monyadiwa told Wits Vuvuzela in a telephonic interview. “We can’t compromise our beliefs to get votes.”

But according to ACDP chairperson Jo-ann Downs, the party does not stand against the lesbian, gay, bisexual and transgender (LGBT) community and doesn’t believe South Africa should have believe “laws like Uganda” which made homosexuality punishable with death. 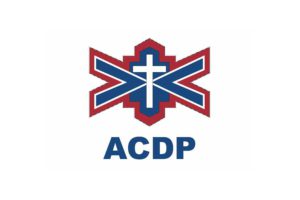 WHAT’S THE STORY? The position of the ACDP is a tough one to get to the bottom of

But the differences don’t end there.

“[We] don’t believe in free education,” said Monyadiwa when asked about university fees and #FeesMustFall. Monyadiwa says their student movement believes that education should be made affordable but not free because free education is a “fallacy” that cannot be achieved.

Again, Downs sang to less radical tune as she said the party would like to ultimately realise free education but “students who are working should work to repay their debt.”

When asked for clarity about the discrepancies, Downs denied that Monyadiwa was a member of the ACDP and said he has joined the Democratic Alliance. She said Monyadiwa’s words were “unreliable”. However, Monyadiwa is still listed on the ACDP website as the only contact of their national youth office.

Vuvuzela then called Monyadiwa again for comment on the confusion.  The conversation went like this: “Hi, we would like to clarify your position in the ACDP after we have just spoken to Jo-ann Downs who said…”

[CLICK]. Monyadiwa hung up and did not respond to further phone calls.