The Minister of Higher Education and Training was expected to make an important announcement about fees today.

A highly anticipated announcement about possible fee increases was postponed at the last minute today. Minister of Higher Education and Training (DHET) Blade Nzimande was expected to brief a press conference after meeting with vice- chancellors in Pretoria this afternoon but a statement from the ministry said the briefing had been postponed indefinately.

Nzimande met with Wits Vice Chancellor Adam Habib and other vice chancellors to discuss governments subsidy of university fees for 2017 after receiving a report on fees from the Council on Higher Education (CHE) yesterday.

Speaking to Wits Vuvuzela, DHET spokesperson Khaye Nkwanyana said the announcement has been postponed to “give time to university councils to reconvene” and for the minister to canvass more views. 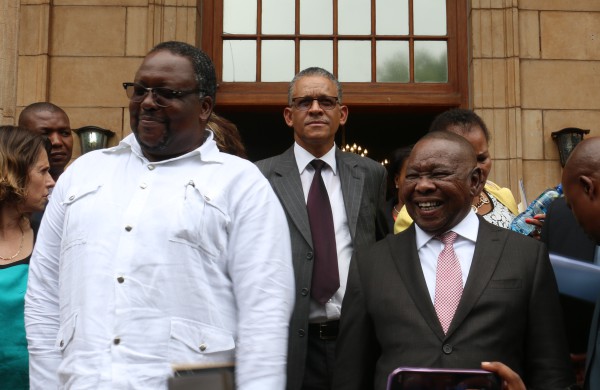 “Given the competing views on fee adjustments during this period in which the [Fees] Commission of Inquiry is still gathering evidence before making long term proposals, it was seen to be imperative that as broad a consensus as possible regarding 2017 is achieved,” read the statement on behalf of the ministry.

Prof Habib told Wits Vuvuzela that it was agreed that it is necessary to consult with various stakeholders before a decision concerning 2017 fees can be announced.

“Universities South Africa and the ministry will work together in the coming days to ensure that these engagements occur,” said Habib.

“It is intended that this process will be completed by the end of the month.”

Nkwanyana said that the announcement is to be rescheduled after Nzimande and the vice chancellors reconvene after their various consultations.