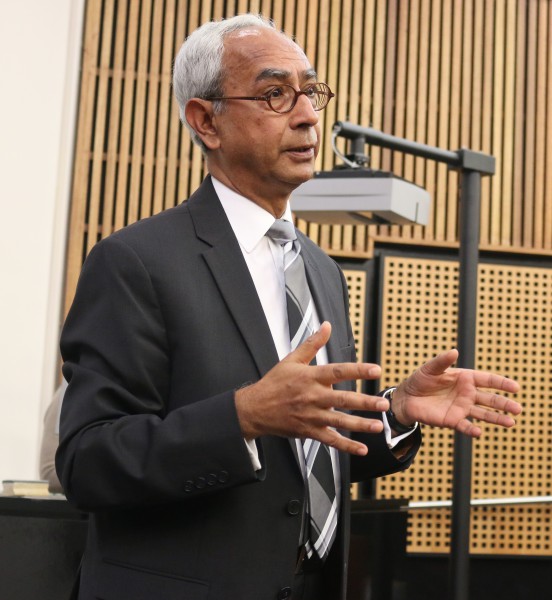 This article has been updated from the original.

The head of the Wits School of Law was suspended on Tuesday afternoon after the Faculty of Commerce, Law and Management (CLM) claimed that it had received “various complaints” about him.

Professor Vinodh  Jaichand, a human rights specialist, has been placed on “precautionary suspension for a period of 30 days”, according to the dean of CLM, Prof Imraan Valodia.Valodia said that the Faculty  have had several complaints which are of a serious nature levelled against Jaichand. “We believe that these need to be properly investigated,” he said.

The Law Students Council (LSC), through a statement released a short while ago, alleges that Jaichand has been suspended for intimidating staff and “monitoring staff members through security cameras.” The council expressed their doubts about the reasons for the suspension. “We have reason to believe that what has been presented to us is not the full truth”, read the statement.

Jaichand said he is not allowed to comment on the matter until an investigation is concluded but said he is unsure about the reasons for his suspension. “I am completely confounded by these events and I am just waiting for the process to take its course but it appears to me, that this has to do with transformation issues in the school”, said Jaichand.

The President of the Academic Staff Association of Wits University (ASAWU) David Hornsby said that ASAWU was aware of Jaichand’s suspension but was not able to give reasons for it. “We believe that all our members need to be treated fairly and not be subjects of any undue treatment,” said Hornsby.

Professor Mtendeweka Mhango has stepped in as the acting head of the law school in Jaichand’s absence.