The annual silent protest is set to be abandoned by Rhodes University, the founders of the event. Organisers of the Grahamstown version of the protest against sexual violence say the event has not realised the aims it set out to achieve over its ten year history.

Rhodes activist and Masters candidate, Lihle Ngcobozi, said, “There was no substantive change in the sense that Rhodes was not changing its policies. Rape culture still persists on campuses.”  Ngcobozi added that Rhodes remained indecisive about how to deal with rape on campus.  “There is social awareness but a lack of justice,” she said. 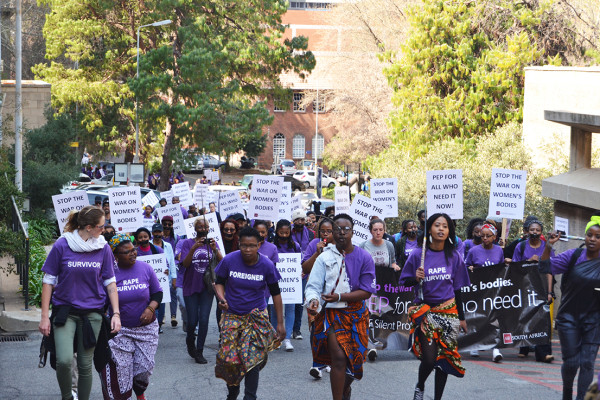 Lerato Makate, one of the organisers of the Wits protest, said, “Rhodes will have workshops instead of the traditional silent protest because ten years later, they feel they should do their work differently.”

“Maybe next year this silent protest may come back as a re-engineered initiative,” Makate added.

The Wits protest organisers criticised the lack of support from management, whom they invited to their event on Wednesday, August 17 but didn’t show up.

“Would have been great if the vice chancellor availed himself, even if it was on social media; to come out and say something, that would be very important in setting direction and agenda,” Makate said.

The Silent Protest is now a global movement and has been held in countries such as Guatemala and Jamaica. This year, there will be more silent protests across the continent including Kenya, Nigeria and Uganda.