OPINION: #ThisFlag: A Call for Solidarity 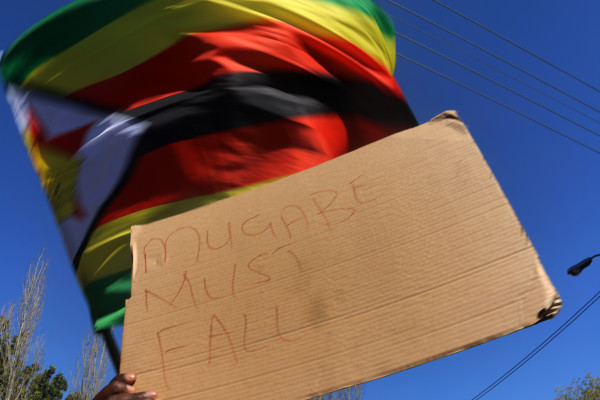 Across this vast African continent young people are still facing some of Africa’s long standing challenges.

The legacy of apartheid, colonialism, neocolonialism and imperialism has lingered longer than what our forefathers and mothers may have envisaged when they set out to liberate this continent. As young Africans we are more interconnected and more interdependent than ever before, such that in any part of the continent the universality of challenges facing young people is of no question.

These issues range from unemployment leading to socio-economic destitution and unmitigated poverty, dictators and authoritarian regimes that impose draconian laws that are aimed at curtailing basic rights such as freedom of association,  assembly and of speech and expression, unwarranted corruption and extravagance by government officials and the bureaucracy while the rest of the citizenry lives in abject poverty and despondency.

This is the seemingly inescapable reality of young people on our continent today. But these issues require a universal recognition and acceptance on our part as young Africans that it falls upon us to take the initiative in putting our minds together and seizing this incredible opportunity we have at this critical moment in history to define for ourselves the Africa we want in the present and  the future.

As the Zimbabwean Students Association we are inspired by the ordinary citizen movement by our brothers and sisters back home. In recent weeks we have witnessed a remarkable show of courage mostly by young people who have spoken emphatically and in no ambiguous terms that they desire to see change in the country’ s social, economic and  political landscape. As Zimbabwean Students, we share and find our voices in this unyielding resolve of our people to transcend religious,  ideological or political persuasions and to galvanise for the ideals of social and economic justice, democracy, human rights and the attainment of their collective dignity as ordinary citizens.

For far too long have been the voices of ordinary people been diminished and suppressed by a brutal and oppressive system that is intolerant to dissent and difference in opinion, a system that has dehumanised,  degraded and humiliated those who have sought to denounce it. But there is hope for the future because the ordinary people have now taken it upon themselves as the ultimate  repository of power in Zimbabwe to say enough is enough and so are we here at Wits.

The current wave of demonstrations that are currently engulfing our country demand our unreserved solidarity because the issues at stake affect us one way or the other, for example the impeding joblessness we face as indicated by the 90% unemployment rate in our country. That is why we have taken the initiative to embark on a series of activities on campus which are in sync with the plight of our people back home.

We are however fully aware of the enormity of the task that lies ahead, as we seek to establish our own narrative of the reality of our country and we are not disillusioned about the effort that is required to highlight the plight of our people.  We call upon our fellow Witsies to join us in this endeavour because surely as Africans the desire for a socially just continent is one we must all share.

If we are to insist that black lives or African lives matter then we must go a step further and say all African lives matter including the lives of ordinary and young Zimbabweans who an a day to day basis are at the receiving end of police brutality and state sponsored violence for demanding the mere recognition of their hard earned rights.  We must also be reminded of the call that says injustice anywhere is a threat to justice everywhere.