Sport climbers can now climb for Olympic medals in 2020

Sport climbing has now been recognised as an Olympic sport for the 2020 Tokyo Olympics. 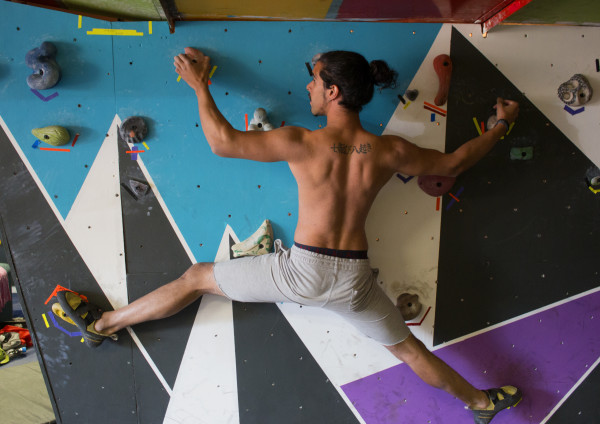 Sport Climbing has received an Olympic nod. The sport, enjoyed by millions worldwide, has received official recognition by the International Olympic Committee allowing climbers to potentially participate in the 2020 Tokyo Games.

“There is still a long way to go, and all of us at the IFSC are deeply committed to meeting the challenges ahead,” said International Federation of Sport Climbing (IFSC) president Marco Scolaris via a press release.

Wits University Mountain Club (WUMC) is affiliated to the South African National Climbing Federation (SANCF) and many of its members now have the opportunity to aim for the Olympics.

Samantha Stainton has been involved in competitive climbing since 2009 and is a member of WUMC. She was also a part of the team of South African climbers that participated in the 2014 Youth Olympic Games in China to showcase the sport.

“We basically showed them what climbing was about for two weeks with lead, speed and boulder which are the three categories and then within that we were accepted for the Olympic Games two years later,” said Stainton.

Third year BA student and clubroom manager of WUMC, Elan Nieftagodien, said that it is important that climbing is part of the Olympics as, “It gives climbing an opportunity to be shown to the world, it is a sport for everyone”.

“Climbing is about competing with yourself and an endurance sport that pushes the body,” Nieftagodien added.

Stainton explained that climbing for the 2020 Olympics will take place under three different disciplines: lead, speed and boulder. This essentially means, that climbers would have to go “higher, faster, stronger”, said Stainton. Participants are required to enter in all three categories.

Nieftagodien is a climber that would love to be able to compete in the Olympics and he feels that the goal for Wits and the University of Pretoria (TUKS), “is to create high performance clubs to work towards 2020”.