Alumni of Pretoria High School for Girls have openly expressed their support for the young learners who are unhappy with practices of racial discrimination at the school. 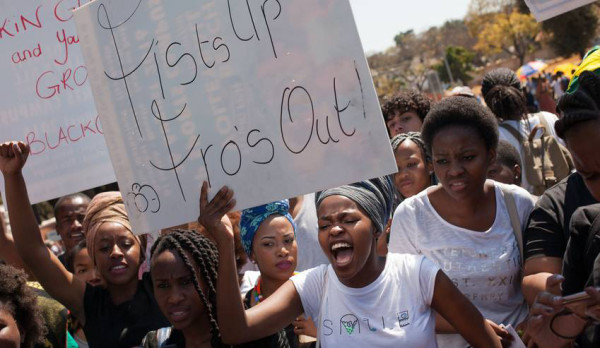 Several old girls of Pretoria High School for Girls (PHSG) have pledged their support in a letter for the learners of the school, who spoke out against alleged racial discrimination at the school on Saturday.

The learners, who consist of mostly black girls in grade eight, decided to conduct a silent protest at the school’s annual Spring Fair. The protest was planned to express the pupils’ rejection of rules that include the disallowing of girls donning long Afros and a ban on African languages being spoken during school hours. However, the pupils were met with an unexpected security presence during the protest.

“We are emboldened and inspired by their brave and principled stance in upholding the values the school was established on,” wrote the group of alumni, consisting of 39 women mostly from the classes of 2002 and 2004.

“We pledge our support to the crop of young women-leaders who have brought national attention to issues we are sorely aware are rampant not only at PHSG, but across the country’s Model C schools.”

In the letter, which has been circulating on social media, the group also said that they are aware of the archaic practices of the school, which were also around while they were at the school. However, they also expressed their dismay at the recent going-ons of racism, body-shaming and the demeaning of black staff members.

The group said that they urge the young learners to call on them for any help needed, as they consist of lawyers, medical professionals and members of the media.

“Call on us if you need to, but remember also: you have inspired us,” said the old girls. “There is much we’d like to learn from you, too.”

To read the full letter of support click here