This follows after pupils of Pretoria High School for Girls protested against a hair policy at the school that forbids long Afros by black girls and rules that ban the use of African languages during school hours.

“Why hasn’t Roedean made any commentary or communique about the current events unfolding at similar schools in the country?” wrote Ngoasheng, 24, currently a Masters student at New York University.

“It’s disappointing for a school which likes to place itself at the forefront of quality and progressive education that there has been crickets on this matter which affects Old Girls, currents pupils, and all black staff.”

The post has garnered many likes and comments since its posting. Soon, Old girls were sharing their experiences, some traumatic, that consisted of racial discrimination.

Nkiase Mahlo, a 2011 matriculant, was told that her shaven head was “ridiculous” and told to “grow normal hair” by then-deputy headmistress.

When her mother was called in and took the side of her daughter, “her [the deputy head’s] reasoning switched… to wondering what would happen if the white girls shaved their heads and even mentioned how it’s reminiscent of neo-Nazis”, said Mahlo, who currently resides in London.

It’s not only about hair

Roedean’s hair policy was apparently amended to include the natural hair of black girls last year, after outcries from parents. However, not all of the issues that the old Roedeanians have raised stem from hair.

“Will teachers ever try to pronounce students’ actual names properly instead of forcing nicknames on to them?” asked 23-year-old Teboho Ramosili. 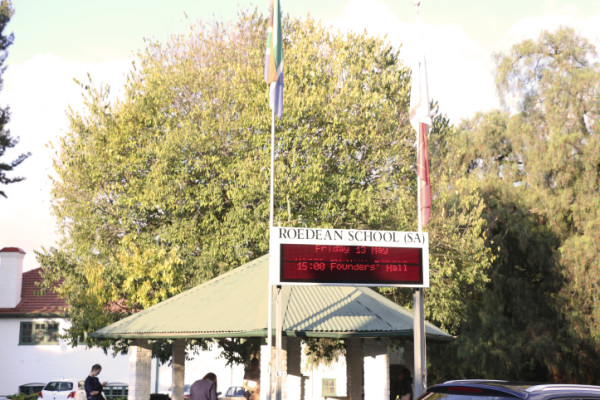 Naledi Mashishi, 21, old girl and current Rhodes University Activism and Transformation SRC leader, said that stereotypes were used to describe the boarders, who have always been an overwhelmingly black group.

“I remember staff members constantly singling out the boarders and calling us dirty, loud, and implying that we don’t wash our hair,” said Mashishi.

A separate, closed Facebook group has been made specifically for the purpose of providing a safe space for old and current Roedeanians to vent their frustrations for the then-administration.

More personal stories, such as trying to fit into the mould of a “perfectly polished Roedean girl” and excelling academically in the school while black and while the odds (and sometimes allegedly the staff) were against the young women, were shared.

Not all former Roedeanians had negative racial experiences at the school. An old girl who matriculated in 2009 and is of mixed descent said that she loved her experience at the school, although she feels that she had a more positive time based on the fact that she had a mother who looked white and she was academically strong and good at sports.

“My ‘mixedness’ kind of made me appear to be white,” the 24-year-old said. “So with regards to blatant prejudice, I don’t think I personally experienced that. For me my experience was instead one of having to deal with people’s classifications of what I was to them.”

The school has since replied to the outcries of the alumni via SAORA in a comment on Ngoasheng’s post.

“Roedean School is a progressive learning institution which proudly embraces diversity and change,” said a representative of the school in the official statement. “We continue to debate and reflect on some of the issues under discussion in this post and have made some progressive changes at the school.”

It is not clear who wrote this official response, but the alumni have called for clearer examples of progression in the school.

The old girls said that they urge current Roedeanians to share their experiences and have also encouraged black women from other private and former Model C schools to join in the conversation.