The event, which took place last week at Medhurst Dining Hall, was a night full of poetry, modelling, auctions, singing, and all the chocolate you can eat. 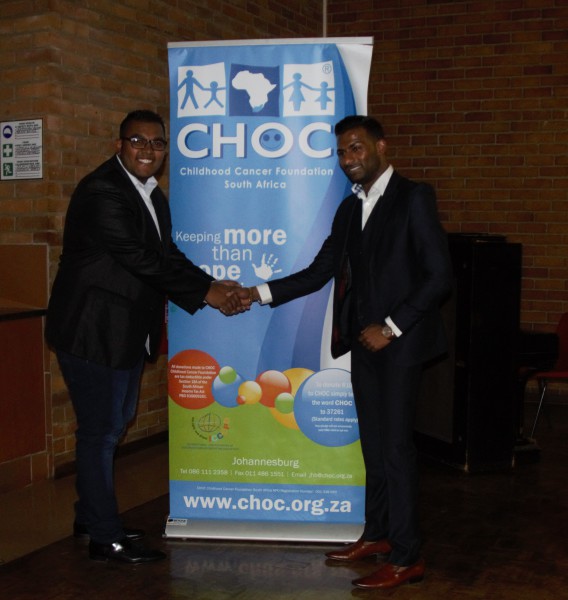 “The most important thing is to make a difference in the children’s lives. I’m very touched to see students, future leaders of our country, being committed to raise funds,” said Naidoo.

Academic officer and organiser, Yashvir Bunwarie, said that supporters were ready to help even on short notice.
“The event was certainly a blessed one with the right cause at hand, everything from the chocolates to the decor was sponsored,” said Bunwarie.

For the first time since 2007 the Witsies from the Knockando residence and student organisation Rotaract managed to raise over R17 000 in the 2016 CHOC Night.

Zenande Makina, an Accounting Science student, attended the event and said September is the time to honour and remember children and families affected by disease and support kids with cancer.

“CHOC allows us to highlight the impact of cancer on children, young people and their families,” she said.

The aim is to make a difference in the society and community.
CHOC events and fundraiser coordinator, Charlie Bainbridge, said how overwhelmed she felt about young people being involved in community projects.

“Wits students have been supportive for the past few years. We think it’s brilliant and getting all involved and creating awareness is exactly what we want,” said Bainbridge.

According to Bunwarie, Rotaract was founded and run by students. He said that the main objective in creating the organisations was to rally young, driven and jovial students to engage in community service and make a difference to society at large.

CHOC, the childhood cancer foundation that provides accommodation to affected children and their families, is situated in Saxonwold and Diepkloof, Soweto.