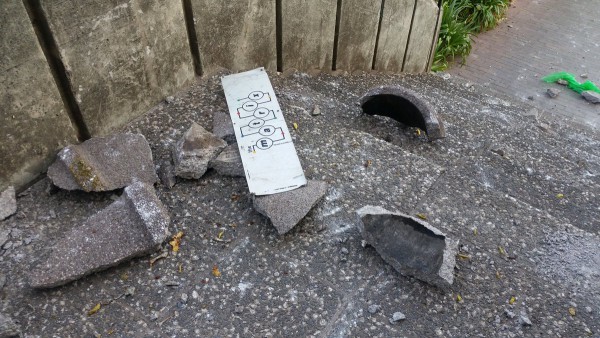 Rubbish: Concrete bins and rocks were used to shatter windows

Wits spokesperson Shirona Patel says a group of 60 students split into small groups and went around vandalising the property on campus from 9pm to 4am this morning.

Small fires were started outside the Old Mutual Hall, Umthombo Building, DJ Du Plessis Building and the Grand Stand at the Science Stadium. The fires did not spread and appear to have not caused serious damage.

Parts of Central Block was flooded as students left the taps open in the building’s bathrooms.

Patel says that two students were arrested but could not confirm what they have been charged with. Hillbrow police station was not available to comment.

The university has said classes will continue today and students safety is guaranteed.

“We will not be intimidated,” said Patel.

The university campus is quiet this morning with private security and police on standby.