Former public protector and Wits alumnus, Advocate Thuli Madonsela, spoke at the Wits Peace Accord meeting at the university on Wednesday evening. 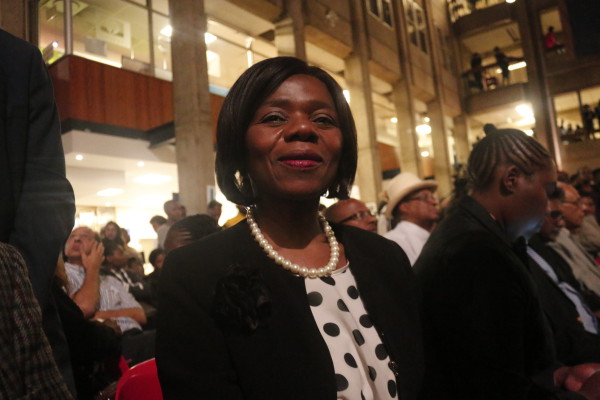 The former public protector Advocate Thuli Madonsela spent part of her first week out of office engaging with students at a Peace Accord meeting in the Solomon House concourse on Wednesday, October 19. Madonsela told the students that they need to aim their Fees Must Fall protests at the government and not universities. “I am coming here as a parent and I am coming here as a Wits alumni. And of course as an ordinary citizen,” to an appreciative audience.

Madonsela said she does not believe the problem can be solved at university level, but should instead be taken to government. “I believe that we have to bring government on hold, we have to indicate to government that this is what we are demanding.” Madonsela urged that the police must not be used as a buffer between the people and government but that peaceful solutions need to found.

The Peace Accord meeting was organised by members of the Wits academic staff body and was scheduled to take place at the Holy Trinity Catholic Church, located right next to the university. The meeting was organised “to launch dialogue for unity and coalition-building to win the struggle to save and fund public universities,” according to advertisements on social media.

The meeting was moved to Solomon House after students reacted negatively to the presence of Wits vice-chancellor Professor Adam Habib. Fees Must Fall leader, Vuyani Pambo, announced that students are enraged that Habib had come to the meeting and shouted at him to leave. Students left the church and shortly after, Habib along with his senior executive team left as well.

Students then returned to the church, but the meeting was once again disrupted as former Wits SRC president, Shaeera Kalla, called for the meeting to be moved to Solomon House so that all attendees could be accommodated in one space. 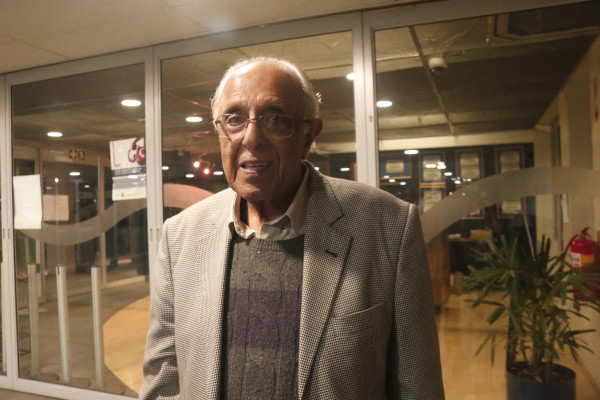 IN SOLIDARITY: Ahmed Kathrada, former political prisoner and anti-apartheid activist, was at the meeting to show his support for the #FeesMustFall movement.            Photo: Nasya Smith

Former political prisoner and anti-apartheid activist, Ahmed Kathrada, arrived at Solomon Mahlangu House shortly after Madonsela’s speech. He came to show his support for the movement. “Without knowing what the occasion is, I am just saying that I am so honoured and so happy to be among you. I feel all young again.”

“My parting wish would be that all of you will study hard.”