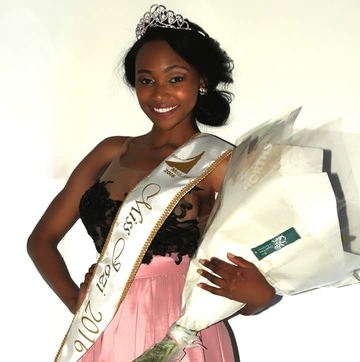 The packed Braamfontein Recreation Centre auditorium tearfully cheered while Musawenkosi Makhalemele, Miss Jozi 2015 and fellow Witsie, passed on her crown to Paulette Kaise on October 15, 2016 at the finale of the Miss Jozi beauty pageant.

As Miss Jozi, Kaise was awarded with R10 000 and a yearlong gym contract from the Gym Company. However, Kaise says she was walking away with so much more.

The gruelling journey to becoming Miss Jozi started in April 2016. Kaise said that the pageant was broken down into various phases. During each phase, there were workshops in which she learned how a pageant queen should behave, walk and answer questions articulately after thinking critically.

Kaise is no stranger to the world of beauty pageantry. She knew it was something she continuously wanted to do when she competed in her first pageant in high school. She was a semi-finalist for Miss Sundowns and Miss Heritage North West. For Miss Wits 2015, she was a finalist and this year she finally got the crown.

Of all the pageants, Kaise says that, “The Miss Jozi process equips you to flourish into other things.”

Being Miss Jozi to Kaise means, “aspiring to inspire”. She will be doing this during her reign as she intends mentoring other aspiring pageant queens.

Even though she is currently completing the final year of her Bachelor of Arts degree at Wits, Kaise is looking forward to the future as a fitness competitor as well as playing a role in South African film and television. Her beauty pageantry goal is to be Miss South Africa one day.