Wits University has closed down two of its residences despite objections from the university’s All Residence Council (ARC).

Parktown Village (PKV) and Esselen have been officially closed and its former residents have been moved to more expensive residences, namely Rennie House in Braamfontein and Yale Village on Empire Road.
The university will subsidise the difference in residence fees for students who previously resided at the closed residences for the remainder of their degrees, according to an official in the accommodation office who spoke on condition of anonymity. The official said all new students at Yale Village and Rennie House will have to fork out the full fees.
Vice Chairperson of the ARC, Nkululeko Tselane said that his organisation did not want PKV and Esselen closed but have no issue with the two new residences. “The problem now though is that the university has gotten rid of affordable accommodation as Yale Village and Rennie House don’t come cheap.”
Yale Village fees range from R39 468 to R52 026, while Rennie House will cost between R44 252 and R47 840.
Tselane also raised concerns about the three-year lease of the new residences. “If the university opts not to renew the lease, students are left stranded,” he said.
Shirona Patel, Wits spokesperson, said Esselen residence was not located in a safe area, (next to the illegally occupied old Florence Clinic in Hillbrow). In 2015, shots were fired from the clinic into the window of a student’s bathroom. The building has also had several structural issues over the years including overflowing sewage pipes.
Patel said engagements with the City of Johannesburg to clean up the area and to resolve the safety issues were unsuccessful and “it would be irresponsible of management not to address issues of safety and health decisively”.
The former residences will be refurbished as part of an expansion of the university’s management campus. According to university spokesperson, Shirona Patel, “The repurposing of PKV and North Lodge was the most cost efficient and viable way to expand the Management Campus for academic and research purposes. Following consultations with students and stakeholders, it was agreed that no student would move in the midst of an academic year and that management would find alternative accommodation of the same quality and cost for students.”
Patel said the redevelopment of the Parktown Business/Management campus was reflected in the University’s spatial development plan since 2004 and the relocation of residents from PKV and North Lodge has been ongoing for over two years. 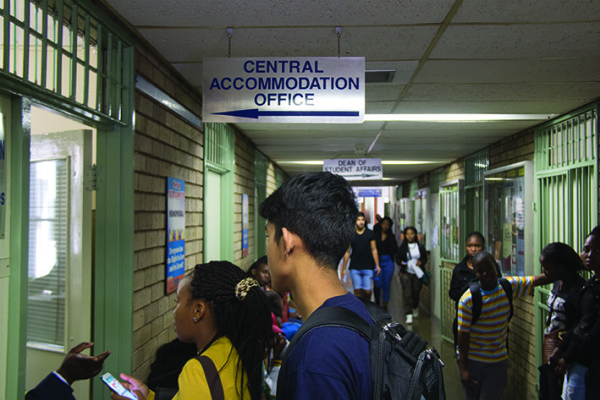