Wits has announced that the first cohort of insourced workers have joined the university’s payroll but some say this move is largely unimpressive.

The university has insourced 366 workers since January and is looking to insource a further 1500 by the end of the year, according to Wits Chief Operations Officer (COO) Fana Sibanyoni. Not all stakeholders though are pleased with the news, with some arguing that Wits needs to meet all the insourcing demands for the process to be considered a total success. .

“We celebrate the victory, however that was not the initial agreement,” said #FeesMustFall and WitsEFF leader Busisiwe Seabe. WitsEFF has been a close ally of the worker’s struggle at the university and played a key role in championing the cause of insourcing. They have insisted that insourcing at Wits will only be considered successful once all workers have been insourced and are earning a basic minimum income of R6500, “anything below that is unacceptable,” said Seabe. 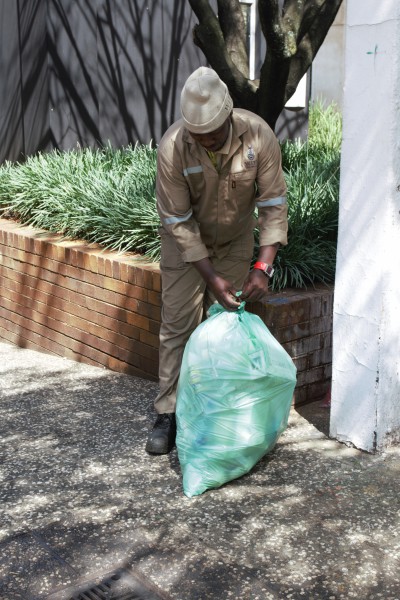 YINDE LENDLELA: Insourcing has started at Wits but there is still a long way to go

It remains unclear though if all of these demands will be met since a limit has been placed on the cost that can be incurred through insourcing. “The Wits Council placed a cap of R120 million on the total cost of insourcing, including all incidental costs,” said Sibanyoni.  As to the timeframe for the insourcing, Sibanyoni said, “The University is negotiating with the service providers to bring the contracts to an end as soon as possible, provided this does not result in additional costs for the University.”

Wits landscaper David Netshidzathi said insourcing has not had much impact on his life as insourced workers now incur more deductions such as “medical” resulting in take-home pay that is still below R6000. “It hasn’t changed my life that much but it’s still the beginning, I’m hopeful,” Netschidzathi said.

The insourcing is in line with the terms set up by the Insourcing Task Team (ITT) which consists of workers, students, academic staff, management, and council members, and which was established to create a strategy for insourcing. This followed months of negotiations after the #FeesMustFall movement highlighted various transformation issues including the treatment of workers at the institution.