Wits ladies basketball hopes to “Up the Bucks” 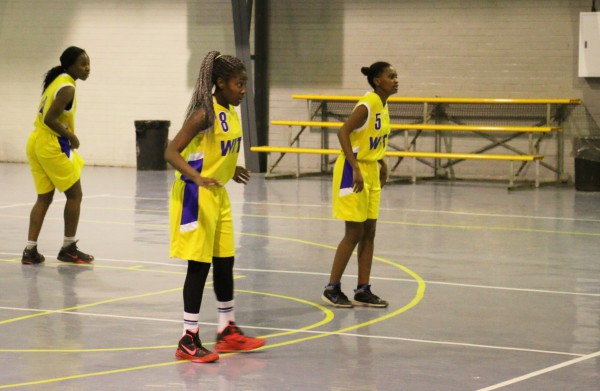 Three Wits Lady Bucks basketball players have been selected for the Afrobasket Qualifier 2017 taking place in Maputo, Mozambique at the beginning of March.
The three ladies, Fortunate Bosega, Modiegi Mokoka and Jana Cupedo, were selected to represent the country at the tournament which is expected to run on March 03-12, 2017. The Afrobasket tournament is the ultimate qualifier for the International Basketball Federation (Fiba) World Championship in August 2017.
The team departs for Mozambique on February 27, and returns on March 13.
Fiba Africa is divided into seven regional zones and South Africa is one of 10 countries in the southern African zone. Only 12 countries from the whole continent take part in the Afrobasket.
The announcement came from national executive committee (NEC) member Victor Bergman saying that “the President and NEC wishes the team the best at the competition”.
The head coach for the national basketball team is Kimathi Tobothi and assistant coach is Asnath Digamela.
Head coach of the Wits Lady Bucks, Willie Matlakala, says, “It’s good for Wits Basketball that we can continuously produce players that are capable of competing at national level year in and year out.”
“This shows that the programme we are developing is bearing fruit and motivates other players within the system to work hard to achieve more,” says Matlakala.
As a player Modiegi Mokoka says, “It is another competition where I get to represent my country,” having prepared physically for the tournament by ensuring that she gets fit and accustomed to a high performance level.
“I have no expectations for the tournament, as long as we work hard and do the best that we can,” says Mokoka.
Jana Cupedo is a first-year student that was recruited by Wits Basketball based on her abilities and the value she could add to Wits Basketball in future.
Both Mokoka and Fortunate Bosega played at junior level and provincial level for the Limpopo Senior Team.
The Wits Lady Bucks coach offered these supportive words: “They should go out and play their best for the country as that is an accomplishment they will look back after a few years and cherish, as not many players get to represent their country in sport,” says Matlakala.