Wits Vuvuzela met up with Khona Seabela, an animator whose cartoons has taking university students by storm. A self-taught animator, Khona Penbretien Seabela, is the man behind Limpopo and the Rivals, a YouTube cartoon that has grown from an initial viewership of just over 25 000 on its debut in October 2016, to well over 140 000 views for the eighth, and latest episode, Limpopo congratulates King Monada. The 22-year-old fourth year BEd student from Tzaneen, Limpopo, has grasped the art of satire, caricature and humour, employing these traits in producing animations that garner huge viewership amongst university students. Seabela was recently featured in the Daily Sun. His animations have also seen him work with prominent artist King Monada of the Ska Bhora Moreki fame. Wits Vuvuzela caught up with the ironically reserved and soft spoken animator. 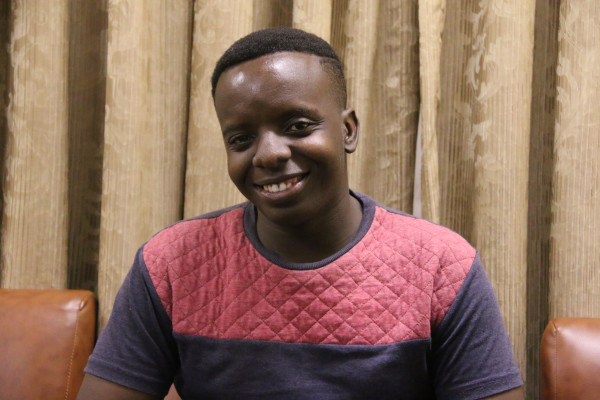 When did you first realise that you loved animation?
I come from a family where everyone can sing, so obviously the expectation was that I will be inclined towards the vocal arts. I quickly realised that I wasn’t gifted in that sphere, so practical stuff that deals with graphics became my love.
I’ve flirted with graphic projects including photo editing, as well as video editing until I discovered animation. Since then animation has become my redeeming factor. My family has forgiven my inability to sing and is now proud of my ability to animate.. I started animation last year, drawing on PowerPoint – (laughs) – and when I think back now, I realise how ridiculous those animations were, the graphics did not allow for movement making the end product hilarious. I then discovered animation studio, a program I have taught myself to use.

Walk us through the process of character creation, and the formulation of a story line.
My main motivation for the cartoons has always been to represent the reality of young people in our communities. This is the reason why the storyline depicts the journey of those fortunate enough to attend university after high school, as well as the challenges faced by those who failed matric within our community.
As for characters, I develop them from real-life people I encounter, utilising their character traits for my own characters.

How did you get the opportunity to work with King Monada?
That is just one among many examples of the way in which I have had to be assertive and take charge in my craft. One of my brothers is actually friends with King Monada who fortunately stays in Mokgoloboto which is close to my village, Dan village, Tzaneen.
So, I went with my brother to visit him and told him about the idea I had of including him in one of my animations. He was pretty okay with the idea and suggested I use someone else for his voice because of contractual issues with his manager. I did as he had advised and he loved the animations from what I heard from my brother.

If you were to be a cartoon character, which one would you be and why?
I would be Goku, because his character has super powers which I could use to bring about positive change to this unjust society of ours.

Where do you see yourself  in the next five years? I may be studying education now but if the right sponsor  were to come along I wouldn’t hesitate leaving the teaching profession. I see myself more in the animation industry, owning my own production company and affording other aspiring animators an opportunity to showcase their skills. In fact, Capitec Bank is a potential sponsor that I have been in contact with, I am hoping something solid materialises from my talks with the Bank.