Failed health audit forces Butchers Grill to shut down at the Matrix.

A popular chesanyama takeaway was forced to close its doors last week after failing a health audit. The Butcher’s Grill in the Matrix was ordered to cease operations with immediate effect on Wednesday, March 15, after an audit by the Wits Services department. 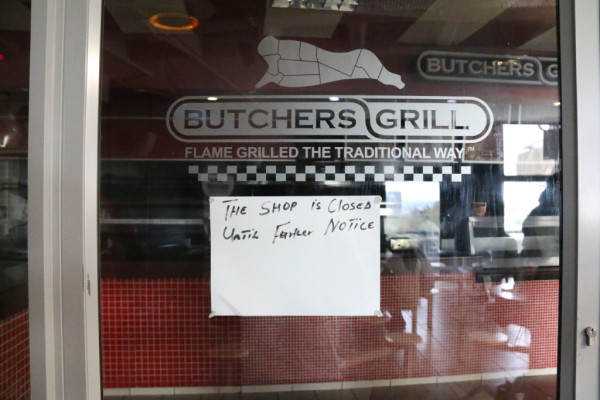 The disgruntled tenant and owner of the Wits franchise, John Motsoeneng, said he was told by Wits Services of the results of the audit on Wednesday and subsequently ordered to close down the business immediately by the Matrix lease holder Micromatic.

Wits Services deputy director of retail Nicholas Matthes said, “any retailer that gets an audit below 70% is expected to comply with the necessary stipulations indicated in the audit. In this case, Butchers Grill was a frightening 28%.

According to Matthes, the Wits Services health audit adheres to the Department of Health’s Food Control Act. “This particular audit focused on Regulation 9,62 which focuses on food operations, enforcing expectations of  cleanliness  and  proper sanitation within retail spaces that deal with preparation, packaging, and storage of food,” he said.

Matthes said the low health audit score “led to us alerting the lease holders of the Matrixs building, Micromatic, who are in turn required to inform the chesanyama franchise which Butcher’s Grill falls under”.

Motsoeneng says that despite closing up his shops as required, he “was shocked to come to work the following day and find that his locks were broken and new locks had been installed by Micromatic.”

Motsoneng claims that some money, and perishable goods left out of the fridge was locked in the premises that he no longer has access to.

Matthes said “Wits services is not concerned with the business relation  between the lease holder, Micromatic and the tenant, we are more worried about the failed health audit as the safety of students and staff”.

Bachelor of Architectural Studies, third year student Priscillia Bokoko said, “I have always been a bit sceptical of buying food at Butcher’s Grill, so hearing about their failed health audit has left me mortified as I have been a regular customer. I wish that more care will be put into making their food if they are to ever reopen.”

Motsoneng said he had finally been able to gain access to the building and hope to have the business up and running once again.