Wits graduate Lebo Mphela believes that the most important thing about leadership is the ability to listen. She is one of the Top 6 Finalists in leadership show One Day Leader.

A WITS alumnus, Lebo Mphela, has been shortlisted as one of the top six finalists in the SABC1 leadership show, One Day Leader.

BA Political Sciences and International Relations 2013 graduate Lebo Mphela is one of the finalists in the fifth season of the show that allows young leaders to come up with innovative solutions for a variety of socio-economic issues. It is a platform for someone who has ideas that can make a difference.

The show conducts debates where contestants are given case studies and tasks to complete around socio-economic issues in the South-African context. These issues include racism, education and corruption, among others.

“The show is solution based…we have to come up with solutions for tasks,” Mphela said, adding that the judges are looking for young leaders who are visionaries.

The 25-year-old says that the most important thing about leadership is “the ability to listen and knowing when to follow and when to lead”. The debates demand engagement and well prepared research, and “this is where time allocation is important”, according to Mphela.

“There are moments where I’ll fall off and mumble a couple of words,” she said, but the element of knowing when to listen becomes crucial in order to come out at the top of the debate.

Racism and corruption have been two of the issues that stood out for Mphela. “Corruption is deeper than the act, it is about how psychology of the human mind works mentally.” 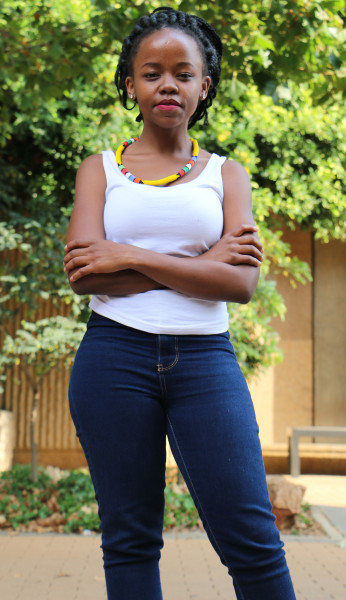