Nyaniso Dzedze, Wits alumni, is a performer, singer and dancer who is no stranger to the South African art and entertainment industry.

He is currently preparing for the Drama for Life South African Theatre Season, a festival which will be hosted on campus by Drama for Life and Wits School of Arts. He is well known for his roles on eTV’s Ashes to Ashes and dance film Hear Me Move. He holds a powerful and meaningful story and Wits Vuvuzela was fortunate enough to catch up with him. He speaks passionately about his journey in the arts and his current production ONE. 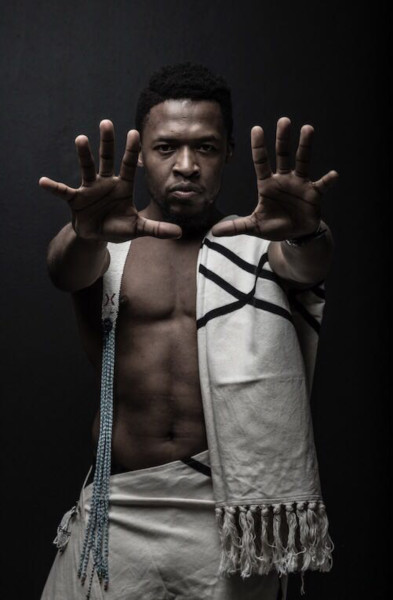 When and how did you discover your love for the arts?

I was in primary school when I discovered my love for the arts in general. I first discovered my love for music in music class. Our music teacher instead of holding class that day she had us watching a Michael Jackson concert on VHS video tape. She played that and I totally fell in love with Michael Jackson. I told myself I wanna be like that on stage. I didn’t really know I’d do acting until I was in high school. All I was doing was singing, in talent shows, I even formed a boy band in high school.

Our boy band was then invited to audition for the school musical. We thought it wasn’t a great idea but our history teacher convinced us it would be awesome. So we did Grease and I was cast as one of the lead characters, after that I was like actually, I wanna do this acting thing. And that’s when I knew. And people kept asking before then about what I wanted to do when I finished school, and I really didn’t know. But after Grease I said to myself, I’m gonna be an actor.

I then applied at Wits, got in through prayer and crying and stuff, because school wasn’t my strongest point, I mean you need an exemption there, but I got it miraculously. I studied Drama and Music at the same time for the first year and then I ended up dropping Music because I didn’t enjoy theory and I sucked at it. So I sang in my own time but carried on studying acting, physical theatre and later into my studying it turned into a fascination with contemporary dance where I got to meet other contemporary dancers in Johannesburg, Gregory Maqomas, and Lulu Mlangenis.

In third year James Ngcobo gave me the opportunity to be a part of his cast for Thirst which was put on at the Market Theatre and I was a third year student doing a professional production and that was a big deal. And that was my journey.

The character of Muzi felt close to home, because he’s a young man raised by a single mother and trying to get his head around the history of his father and where his heritage lies and how it falls in line with his current life. When I was playing Muzi I honed in on the frustrations that I had gone through and was going through at the time around being a young man in love with the arts and being raised by a single mother. And at the same time having these difficulties  getting my head around who my father is, where he is, how come I wasn’t raised with him, and how that fit in my current life and that was a challenge, not only the challenge but the excitement of it. Performance has a way of allowing an artist to channel his inner turmoil and journey, and I got to face my journey when I played Muzi in Hear me move. And later on when I got Tsietsi in Ashes to Ashes I also once again got to channel all of the anger and the frustrated adolescent man who needed to find his place in the world. He in a way gave me an address that I needed to step into around women, violence, power and money and all of those things that I was socially told I could never do without going to jail, I got to do and have fun with when I was playing Tsietsi. So that was the joy of playing the two.

People can expect to feel permission to access those places that they’ve put away, those hurts and emotions in their lives, to bring them up and face them in the same way that the character, Bennie gets to do. The play is about his journey into himself and the pain he’d put away which he realises is the cause of his stagnancy and him being stuck in his journey and the only way to feel unstuck is to finally face the pain that he has put away. ONE is very different because when you  combine dance and performance on stage it is defined to be a musical, the uniqueness of this is that it has a mature tone of storytelling without it feeling like some song and dance experience. It is dance, music and storytelling brought to you in depth yet still holding the truth of a dramatic story that needs to be addressed.

What challenges did you face in the creation process of ONE?

We faced many challenges, this is a passion project for Vela Souls (our production company, Yana [Seidl] and I), we are not only artists, we are also emotional caring practitioners, we are holistic healers, and in this new venture of creating Vela Souls’ first project we are creating a hybrid of holistic healing that meets creative expression and creative storytelling. The challenges have been how we then are going to bring energetic understanding of holistic healing and unite it with creativity and the arts.

We also had the challenge of handling everything in the creation of it. We had to think about how we, without the consultation of a designer, are going to design the stage and how we’re gonna tell the story and at the same time fuse it with dance. The character not only tells the story, he also dances the story. He tells it through his words as well as through his body. The challenge for both of us was allowing ourselves to tap into the world of the unknown.

You’re both an actor and a dancer, if you had to choose one, what would it be?

If I had to choose I wouldn’t be able to, it’s like being bilingual. I know Xhosa and English but sometimes after speaking English for quite a while, I feel like I haven’t quite expressed what I wanted to say unless I’d said it in a certain way in Xhosa. Acting and dancing is somewhat similar, I can act for a while but at some point I will need to dance to also express what I’m feeling, they are both necessary in my life and that’s why I think I have them. I was blessed with both ’cause God knew that I’d needed to express myself in more than just acting. That’s where dance bridges the gap.