Nthabeleng Modiko, former-captain of the South African women’s national football side, Banyana Banyana, plans to see the struggling Wits Ladies soccer team in the top four of the league for their upcoming season. 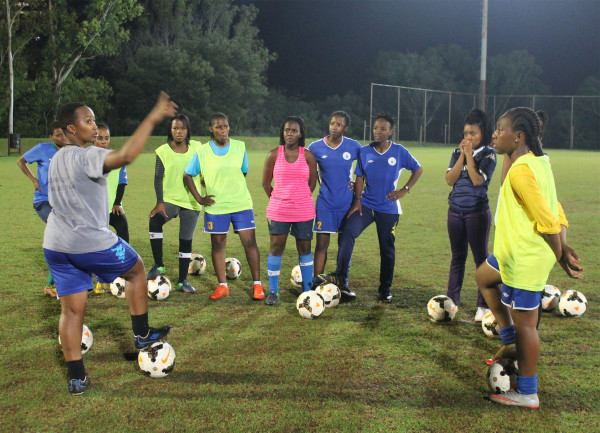 Coach Modiko provides the team with words of wisdom.

The side has been struggling for form in recent months, however, Wits Sport has provided support for the team in terms of, “a fitness coach, sports scientists and biokineticists, in order to ensure the girls are fit, so that my part, the tactical part is covered on the pitch”, says Modiko.

According to team captain Thabelo Mammuburu, who has been playing for the side since 2010, Modiko’s coaching style differs from previous coaches as she monitors the teams well-being both on and off the field. She also brings about an intense approach to training, as “she constantly reminds us to be aggressive and to dominate the pitch”, says Mammuburu.

The morale in the team is high at the moment and according to Modiko, “we are not looking to just take part, but we want to stamp our authority” in the coming season. This  will be achieved by finishing top four in the league and making it to the quarter finals of the University Sports South Africa tournament in July. 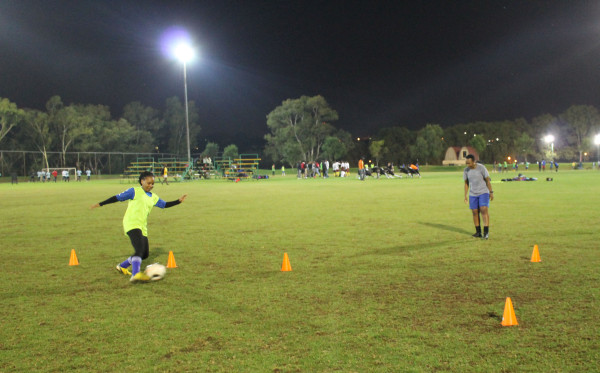 an attempt to “lift the profile of womens soccer at the University” after the previous coach Jabulile Baloyi moved to the University of Johannesburg.  “It is definitely a strategy we decided on, to try and appoint high profile coaches who have some credit in the sport and that people know outside of university circles,” says Dick.

Modiko echoed this goal, stating that her long-term plans are to see Wits University being a hub for womens soccer, “where it will be a feeder for the national team, or even to provide good players for overseas teams”.

The team has played two friendlies this year against Mito Stars Ladies FC and UJ Ladies second team, with a 2-1 win over UJ thus far. The season is set to begin on April 19 according to team manager Marcel Kutumela.