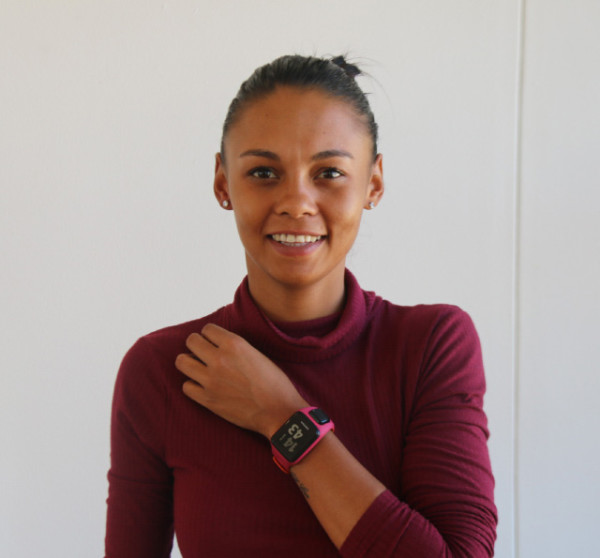 Witsie Kim Miller, studying for her MA in Education, participated in the 56km Two Oceans ultramarathon which took place in Cape Town over the weekend.
Miller (27), who is a teacher by profession, says she faced some challenges before and during the race, falling ill with flu three weeks before the marathon. Because her body was weak she could not train. As a result her preparation pre-marathon was one and a half weeks.

The race was not easy, especially towards the end as the up-hills increased and her body began to ache “immensely,” Miller said.
She said she suffered a heart attack at the age of 19 and learnt that “it is important to listen to your body, you can’t push yourself too much and if you are tired, rest”.
Sitting on the pavement and crying from pain, Miller doubted if she could finish the race but said that members from her running club motivated her and helped her push forward to complete what is referred to as the world’s most beautiful marathon.
Speaking about why she began running, Miller says that she needed an activity which would allow her to exercise and socialise at the same time. Therefore, she took up running within the last year.

“When I began running I sucked,” she said but because she is competitive and through constant practice she became better with distance. Miller began her journey with Nike running club before moving to Braamfie runners where she became more serious about her running. Miller is still with Braamfie runners and says that she considers members of the Braamfie runners as her family. This is because during the marathon members who finished before her came back to motivate and help her finish.
Miller says that she hopes to do the Comrades in the next five years but would like to better her time in the Two Oceans marathon first. She said at this stage it’s not about winning. But she enjoys running with experienced athletes because “it’s good to connect with people you can learn from”.