“Public good [education] shouldn’t be subjected to market prices. Nxasana task team’s findings are an assault to the student movement. Where there is blood, there is money to be made and that is what Nxasana’s team represents. Glorifying white privilege,” said Masutha.

The former president was addressing students at the John Moffat building on  Tuesday, April 25. The discussion was hosted by the Wits ANCYL political school. During his talk he further reflected on the commodification of higher education as a product in the market place.

The 28 year old leader  told the audience that free education cannot be materialised in the current system. The Nxasana task team’s Ikusasa Students Financial Aid Programme proposal, which consists of insurance companies, banks and other loan schemes, depicts the discrepancy between the poor and working class students’ needs and demands and the private sector’s commercial benefits.

Masutha was very vocal about the faults of the government in dealing with the higher education funding crisis saying that the government did not respond appropriately to student’s outcry for free education which is a socio-economic problem. .. He emphasized that in order for higher education to become a reality in the near future, “decisive state intervention” must happen now, otherwise the private sector and financial services like loan schemes interests will effectually undermine the government’s policies.

Masutha: Our government is throwing us under a fast moving bus #MasuthaHigherEducationTalk

Co-ordinator from Wits ANCYL, Siyanda Mngadi said the discussion on free higher education was the first of many talks to happen throughout the year with ranging topics related to radical transformation and accessible tertiary education . Their aim is to intensify the struggle for free higher education and engage with the Wits community on the latest trending stories around the country.

“It is important that we influence the commission of free higher education findings. It is important to continue to have these dialogues and not just wait for the outcomes. The recent reports released promote a loan scheme and we can’t subject students to loan sharks if education is meant to be a public good,” said Mngadi. 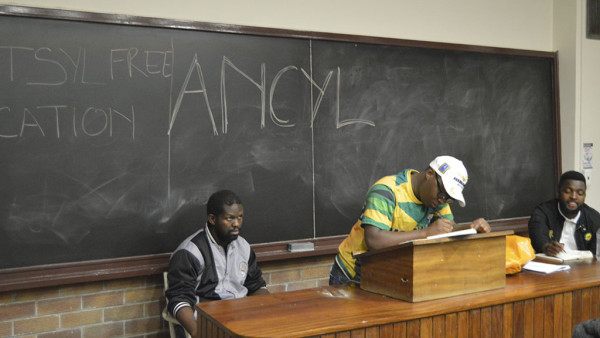 Ntumba Lindokuhle, the SRC Head of Fundraising said these are necessary, imperative talks on what needs to be done immediately to advance free education.

“There is a role to be played by the respective government and private sector structures. To engage and unpack on the meaning and effects of the Nxasana task team and also reflect and evaluate the work that has been done to advance free higher education.”

The implications of what has been done to advance free higher education on the respective pillars of society,” said Ntumba 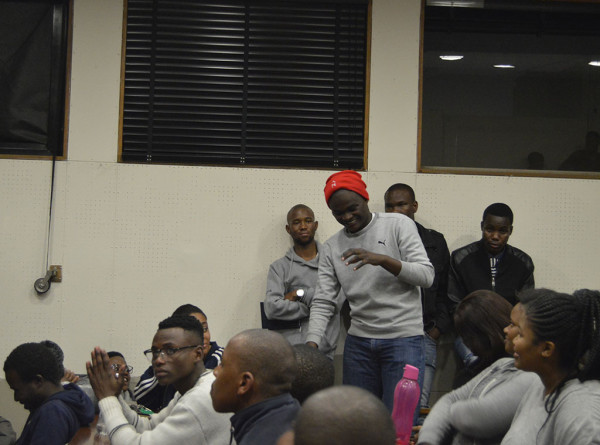 Student in attendance, Master’s candidate in built environment Sarah Mokevebo said, “The discussion was a needed ‘way forward’.  It fits because after waging our frustrations through protest and other forms with universities as well as the government, we also have to be the ones that contribute, and also shape the ultimate goal we want to see.”

Chartered accountant lecturer at the University  Khaya Sithole said, “The socialization of the call for free and decolonized education is critical towards making progress and towards the realization of the ultimate free education. It is important to remember that education like other social services occurs at the interception of political consciousness, social activism and economic freedom. So it is important to have a political angle in the conversations because the political discourse determines the policy framework that will deliver free education.”