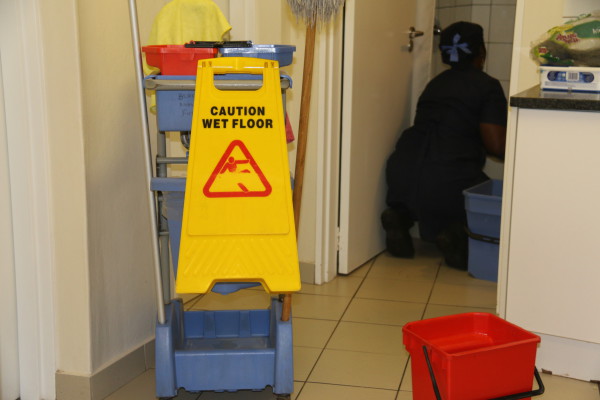 Wits Junction workers have sent a list of complaints to student leader Mcebo Dlamini, who stays at the residence, and to the residence house committee, relaying their grievances over the number of rooms each worker is expected to clean.

The list was sent following what the workers say were numerous attempts to speak to the cleaning supervisors and Xerxes Seegers the services and operations manager.

According to a supervisor, Gadifele Mokwena, Wits Junction has 1200 students accommodated in blocks with kitchens and bathrooms, and a cleaning staff of 39 who have to clean the flats twice a week. However, she wouldn’t comment on the workers’ claims of “overwork”, saying they had been instructed by their line manager and the services and operations manager  not to comment.

Deliwe Mzobe, a representative of the workers who works at main campus, told Wits Vuvuzela that the Wits Junction workers representatives have raised their concerns at the In-sourcing Consultative Forum, where worker representatives meet with Seegers and no response had been given to them.

“The issue of work load is experienced by a number of us (university workers ) but the workers at the residences are most affected because they have to clean rooms, toilets and corridors daily,” said Mzobe, who said what sets Wits Junction apart from other residences is the large number of students.

The workers say they were subjected to the same overworked conditions even prior to insourcing and would speak to their then union, the National Education Health and Allied Workers’ Union (which they left because their mangers and supervisors were also members) and their contractors, but no change came. “In January the services and operations manager came to speak to us and told us that conditions would change after insourcing. The 1st of March came where insourcing was fully on but no changes were made up until now,” said one worker who requested to remain anonymous for fear of victimisation by the cleaning and services management for speaking to Wits Vuvuzela.

The workers say they don’t want a raise or fewer working days but want the university to increase the staff at Junction. “We have got a lot of work at Junction compared to other residences, such as Sunnyside where the workers clean four to six rooms a week, but we have the same employment contract and are paid the same,” said another worker, who also wished to remain anonymous.

The worker said at Junction, “some [workers] do blocks alone. For example, Block 24 has 372 rooms, three floors and three workers clean a floor each twice a week, while Block 19 has 60 rooms, 16 kitchens and 12 bathrooms and is cleaned by two people twice a week. You will find that some of the blocks one cleaner does alone and is given a time frame of 8am to 16:30. It happens often that we leave later and sometimes clean right through lunch breaks”.

The workers have asked Dlamini and the house committee to hand over the memorandum to the services and operations manager and want a response by Tuesday, May 2.

Wits Vuvzela , May 2013 , Outsourced but not outsmarted