The Wits AWCA society held a fundraiser to aid underprivileged girls from Katlehong.

The Wits student chapter of the African Women Chartered Accountant (AWCA) society hosted its first fundraiser for 2017, in a bid to provide underprivileged girls from Katlehong with  hygiene products for women. 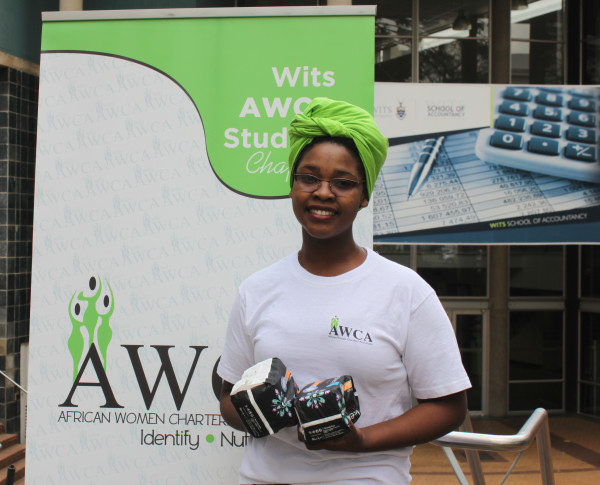 The society, which was launched last year, made use of the revenue from ticket sales to their networking dinner, held on April 21, as a means of raising funds. Chairperson Nelisa Metula told Wits Vuvuzela that the funds raised by the dinner will be used to supply sanitary towels and toiletries to the girls at Fumana Comprehensive School in Katlehong.

The school has been receiving sanitary towels from the community since last year and according to Yvonne Hoyana, head of life orientation at Fumana, all girl pupils from grade eight to 10 received sanitary towels. She said the newest supply will be given to the grade 11 girls.

“It helps a lot … our girls are from very poor conditions, their parents are not working, so they can’t afford those things,” says Hoyana, who has worked closely with the AWCA society and five other teachers from the school, in order to facilitate the distribution of the products.

According to Metula, the society has raised sufficient funds to provide the school with 100 packs of sanitary towels which will be distributed “on a monthly basis because what we want is more of a relationship of engagement rather than donation”.

The fundraiser was initially established “to raise awareness that there are students struggling to go to school when it’s their time of the month … in that way we are able to change their lives, as small as it is”, says Metula. The society also intends to launch reading and debating sessions this year at the school, in order to aid pupils in bridging the gap between high school and university.