The Lady Bucks lost a closely contested game, however, the contribution of two of their players,  Ipeleng Nyatlo and Fortunate Bosega, was recognised as they were selected to the ladies All Star team. Bosega was also named the Most Valuable Player of the tournament in the women’s category. 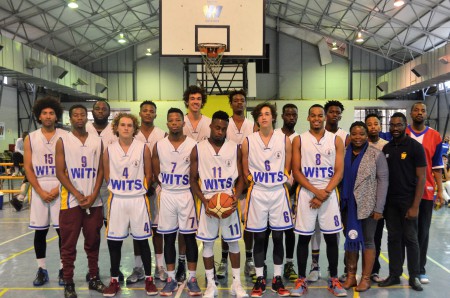 Even though the Wits men’s team were convincingly beaten in the final, two of their star players, Everisto Pasipamire and Angelo Quinn, were also named in the men’s All Star team.

This annual tournament is in commemoration of the late Ashraf Lodewyk, a first team player and an active member of the Wits Basketball Club when he died in a car accident 13 years ago.

Chief organiser, Manyani Maseko, said what was unusual about this year’s tournament was that there was a Wits alumni ladies team and three junior teams made up of high school students.

Gonese also said that although he did not know much about Ashraf Lodewyk, the man the tournament is named after, he thought it was by far the best and most competitive basketball competition in the Wits Basketball calendar.