Diagnosed as HIV positive in 2007, the now nine year old child, stopped taking ARV’s and has no symptoms of HIV infections.

A nine-year-old child who was born with HIV has been in remission for over eight years without treatment.

She has a healthy level of key immune cells, a viral load that has been undetectable by the blood tests, and no symptoms of HIV infections, revealing that she has been in remission since soon after HIV treatment was stopped.

This is according to Dr Avy Violari, the head of paediatric clinical trials at the Perinatal HIV Research Unit at Wits University, who announced this ground breaking research at the ninth International Aids Society (IAS) Conference on HIV Science, in Paris last week.

“To our knowledge, this is the first reported case of sustained control of HIV in a child enrolled in a randomised trial of antiretroviral treatment (ART) interruption, following treatment early in infancy,” Violari told Wits News.

In 2007 the child was diagnosed as HIV positive during the Children with HIV Early Antiretroviral Therapy (CHER) trial. She was then chosen at random by the National Institute of Allergy and Infectious Diseases (NIAID) for CHER trial as part of a Comprehensive International Programme for Research on Aids-South Africa grant.

According to NIAID, HIV-infected infants in the trial were assigned at random to receive either deferred antiretroviral therapy (ART) or early, limited ART for 40 or 96 weeks. This child was assigned to the group of 143 infants who received early ART for only 40 weeks.

After the child turned nine, researchers from NIAID assessed her immune system and they found no evidence of HIV infection. Violari told Wits Vuvuzela that the idea behind the study was to “initiate children on treatment as early as possible within weeks of life and give the treatment up to their first or second birthday with the intention to restart it later if they needed it.”

“The question was: can children remain well and symptom free for a period of time if they treated early enough and can we spare them some years of ARV’s?” she added.

This case has become the third reported case in the world in terms of long-term HIV remission in a child after early limited treatment with antiretroviral drugs. The first case was in 2010 when a baby born in Mississippi, USA, sustained remission for 27 months.

Violari believes that the idea that remission or cure of HIV might be possible in some people has energized researchers and the community towards achieving this goal.

“It is certainly not going to be simple and it may not be possible to find a cure. The main reason is that the virus remains dormant in certain cells and cannot be reached by current therapies. The challenge for research in this field is to identify and use new agents for example antibodies or vaccines that together with ARV’s can induce remission However, it needs to be emphasised that the only way of treating HIV currently is antiretroviral therapy,” she said.

She ended off her interview with Wits vuvuzela by saying that the idea of remission is a long term goal however it will most likely not apply to everyone. 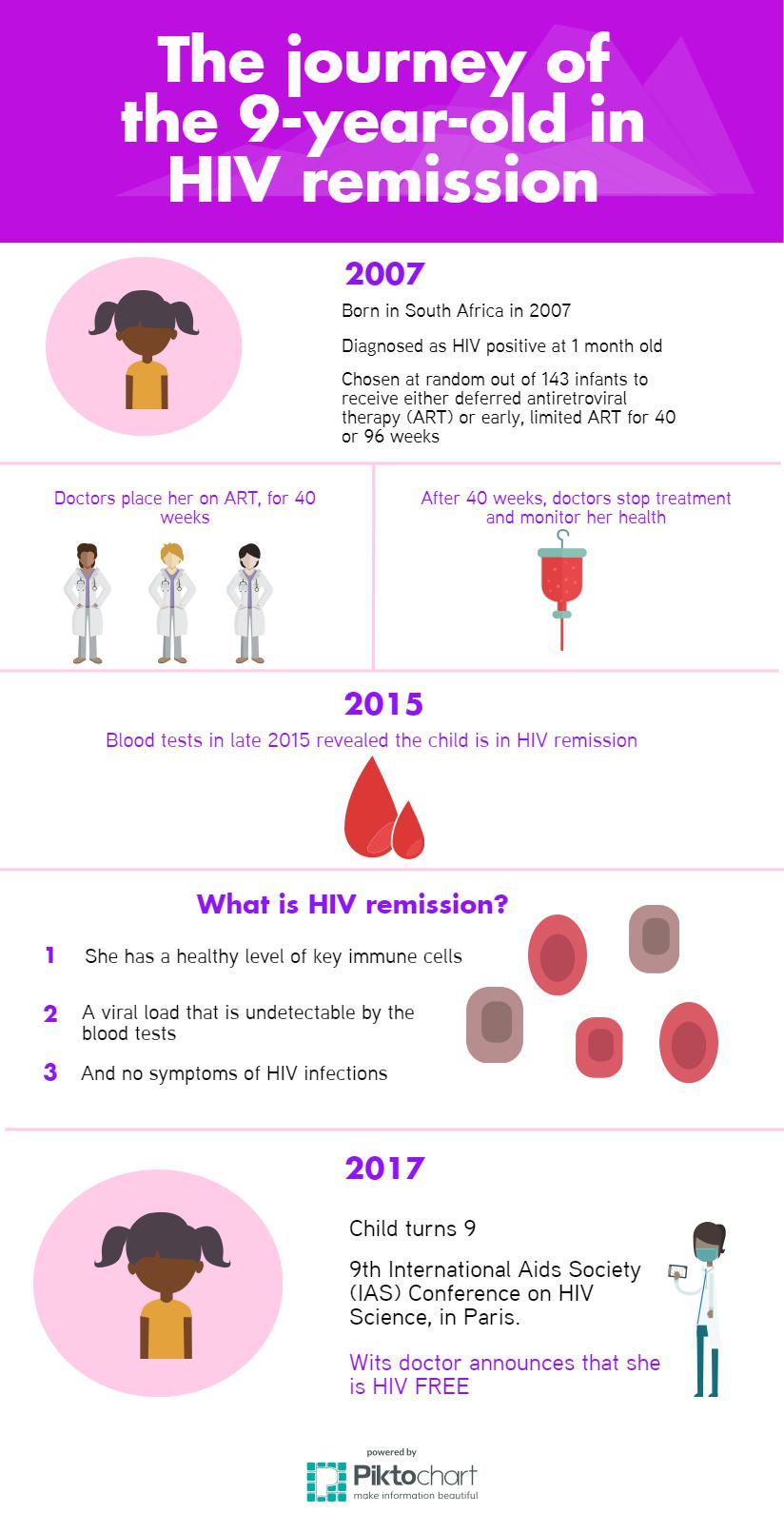 According to the global HIV statistics from UN AIDS 36.7 million people globally were living with HIV in 2016. This is an increase of 3.5 million people since 2008 when this SA child started treatment. 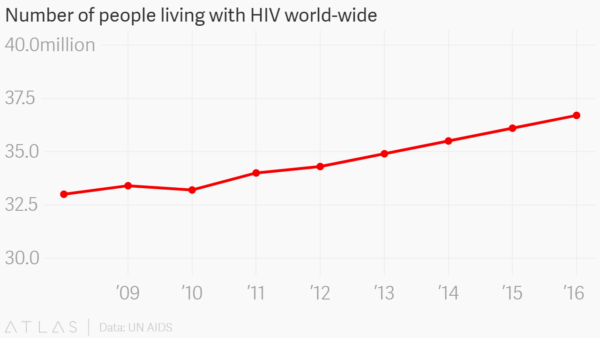 However, although these figures may be alarming, the number of deaths from AIDS related diseases has decreased since. 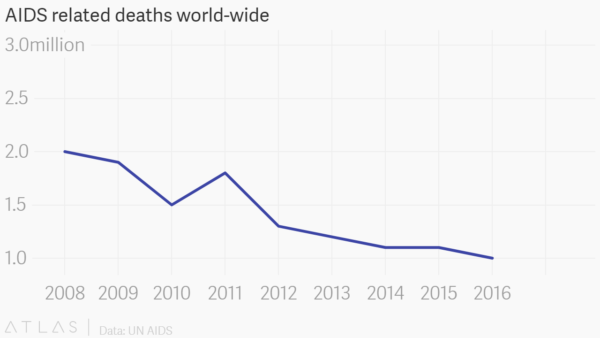 This means that HIV treatments (ART) has significantly impacted the health of those infected prolonging their lives.

The UN have made their aim to end the epidemic of AIDS and other communicable diseases in 13 years from now listed as one of their 2030 Sustainable Development Goals.

It certainly is not impossible, but scientists continue to work towards this goal.