Wits GirlRising, a student organisation that empowers young females, joined up with the Kelvin community to lend a helping hand at Hugh’s Haven orphanage, on Saturday, August 5.

Hugh’s Haven houses approximately 13 children who range from two to eight years of age. According to Chaya Fenwick, the woman who runs the orphanage, some of the children have one or two parents, however, these parents cannot take care of their children because of health or other reasons. The orphanage houses the children until the parents are able to take them back.

Hugh’s Haven is a registered non-profit organisation and receives its funds from private donors and through fundraisers, said Fenwick. Presently, the orphanage is being run on about R5 000 per month, whereas it needs roughly R10 000, added Fenwick. 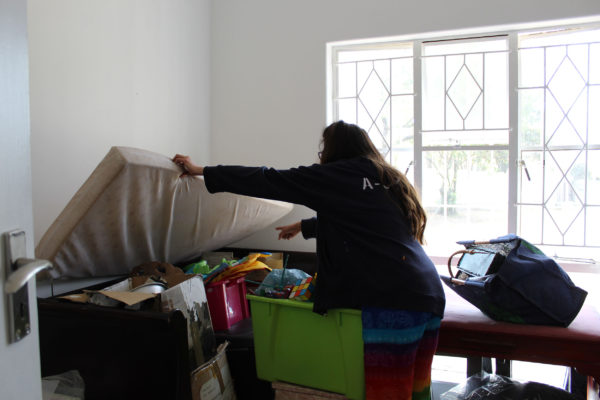 The orphanage has received help from the Kelvin community, and on August 5, the community donated food items such as cold-drinks, crisps, sweets and pizzas for the children to enjoy and to help the orphanage during its financial crisis.

Wits GirlRising, for its part, helped with unpacking and sorting boxes of household items, books, toys and clothing, and reorganising the centre.

Sabica Pardesi, Wits GirlRising chairperson, told Wits Vuvuzela that the orphanage had educational posters in their possession that needed to be hung, which the Wits GirlRising members hung for them, on the walls to help the children learn as they do not attend school. Furthermore, Wits GirlRising is working closely with the orphanage to set-up a vegetable garden that will enable Fenwick to sustain the orphanage, said Delia Oladunjoye, a member of the Kelvin community. 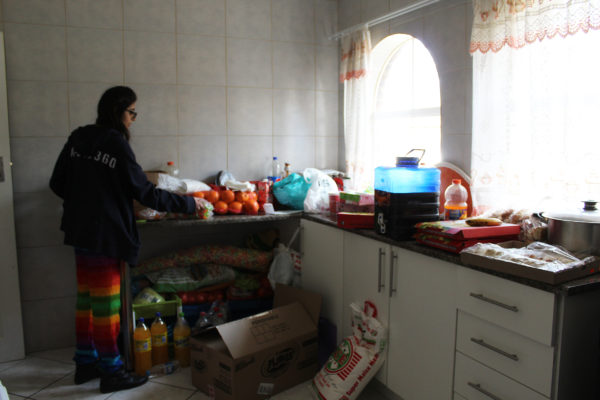 Some of the food items that the Kelvin community had donated to the struggling orphanage.                  Photo: Juwairiyyah Jeena

Wits Vuvuzela, Girls are rising against all odds, April 24, 2017