Historic run of FNB Wits in Pirates Grand Challenge ends in the semi-finals. 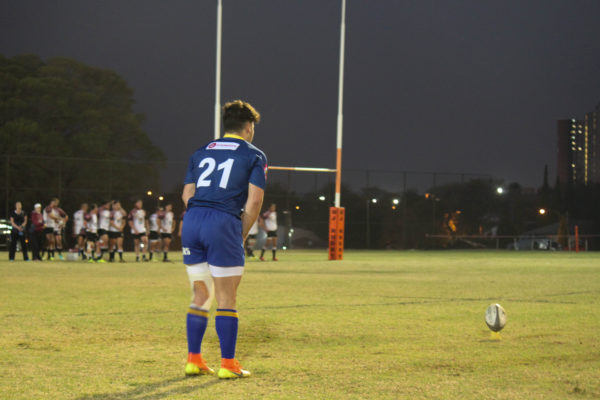 Wits placed fourth in the Pirates Grand Challenge after the semi-finals against Pukke.

The Wits rugby first team has placed in the top four of the Pirates Grand Challenge for the first time in 38 years. The team placed fourth overall, after  losing  their semi-final game against North West University (Pukke) on Saturday, August 12.

The game, which took place at the University of Johannesburg, saw Pukke beat Wits 55-27. Despite the defeat, the Witsies were able to secure fourth position due to their points accumulated throughout the tournament, which commenced on March 31.

Wits performed well throughout this year’s tournament, winning 11 of their 14 games prior to the semi-final. According to Wits Rugby Sports Officer, Amigo Ngcakana, “What has been different from last year is consistency. Guys have been consistent and committed and they play for each other.”

Team captain Warren Gilbert told Wits Vuvuzela that the team had been training hard for the tournament. “We weren’t really surprised. I think a lot of people outside of our team were surprised in terms of how long it’s been since we qualified, but we always knew we would have a chance.”

Gilbert expressed the team’s disappointment at the loss, however, he gave credit to Pukke, saying “they were clinical and they punished us when we made mistakes… that’s what cost us. We just made too many mistakes, especially in the first 20 minutes”.

Coach Hugo van As echoed Gilbert’s sentiments, saying that Pukke were strong and “have been semi-professional for many years and we’ve only been in this process for three years”. However, he was upbeat. “We are very proud of our stats and we believe that Wits is such a great institution, that sets a high academic standard, and we need to follow that on the sports field,” said van As.

According to Ngcakana, two junior teams also made it through to the semi-finals of their respective divisions this year. He is optimistic for the future of Wits rugby saying that, in spite of the loss, “We’ve been making history and we’re not going to stop.”