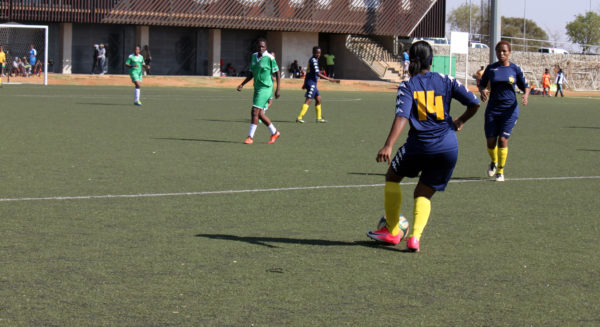 The Wits Ladies drew their first game in the Zodwa Khoza Memorial Tournament.

The first half of the 70-minute game saw the Witsies emerge as a well-oiled machine, dominating ball possession and registering two shots on target. Fifteen minutes into the first half, Wits right back Cyrelne Mncube, put the team in the lead with a stellar goal from significantly outside the penalty box. The first half ended with the Wits team leading 1-0.

Orange Farm netted the final goal of the second half in the last minute, taking advantage of the cracks in the Wits defence, resulting in a final score of 1-1.

Wits captain Thabelo Mammburu said that the team moral was heavily impacted by the pressure of the shortened game length. Mammburu was, however, confident for the remainder of the tournament, saying, “We will definitely come back from the loss, we are a strong squad and that goal was a mistake from our side so that’s easy to rectify.”