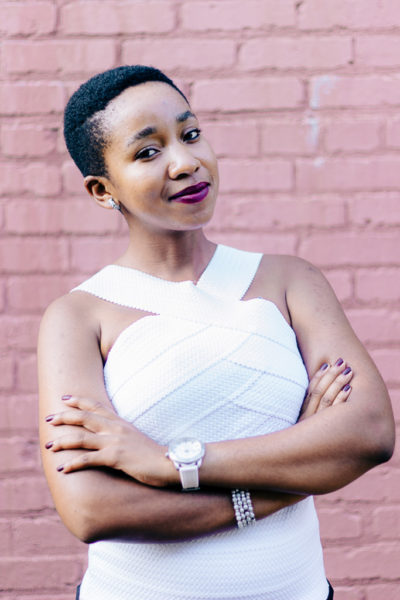 What do a petroleum engineer and a member of the reserve force of the South African National Defence force (SANDF) have in common? They are both Wits graduates and women defying the odds of gender inequality in male-dominated work places.

Cikida Gcali (24) graduated with a degree in chemical engineering and received a Fulbright scholarship to study towards an MSc in Petroleum Engineering at the University of Tulsa in the United States of America.

She said she was drawn to petroleum engineering because of the discovery of shale gas in Southern Africa. “If this source of energy could really provide sustainable economic development, I wanted to study the science behind it to ensure the safety of the processes used to extract it from the ground,” said Gcali.

Being a young woman in engineering is not easy, she said. “When I graduated I was the only woman left in my research group. We unfortunately did not have any new female recruits after me. So it’s a boys club now.”

Gcali agrees that isolation is an issue for women in the field however, she has made it a point to build friendships with other women who work in male dominated fields.” This way I could have an outlet where I could vent to people who understand the frustrations of being a woman in such a space. I also created a network of fellow male counterparts who had my back and could cover for me when I needed it the most. Having this pact really helped make the workplace feel more welcoming to me.” she said

From her experience Gcali said that women need to take up more leadership in engineering, “To be honest many of the men in the industry are oblivious to just how patriarchal the industry actually is. It would take women in decision making positions and other women championing behind them to actually dismantle the culture” she said.

But, she added, anybody can become a successful engineer, regardless of their gender, if they are able to think and provide analysis based on scientific principles. 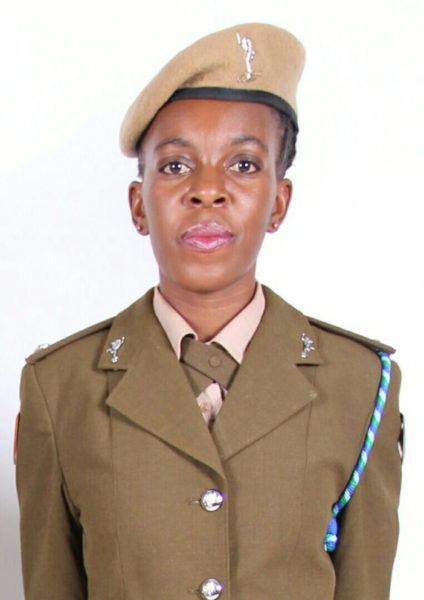 Nqobile Khoza, an LLB graduate and member of the SANDF
Photo:Provided

Nqobile Khoza  (25),a law graduate, describes herself as a “a fighter in wartime and a server of the nation”.

She is a signal squadron commander and a sustainment officer under the reserve force in the SANDF. This means, firstly, she’s responsible for ensuring that all personnel conduct their duties in accordance with the terms of the defence act.Secondly, as a signal officer, she “executes all aspects of communication on a mission.”

Khoza joined the military in 2013, while she was a full-time LLB student, out of curiosity and to make extra cash, she said. Her interest in the military deepened after she served under the SANDF Refugee Clinic which exposed her to the harsh consequences of conflicts in Africa.

“The link between militarism and masculinity is universal.Soldiers are trained to kill the enemy or be killed. Naturally, this creates a need for masculine characteristics such as aggression and heroism. she added”

Khoza said that female soldiers have to prove that they belong in the military and that they are capable. “You can imagine the challenges of being a female in a field exercise for weeks without ablution facilities,” she said.

Gcali said she wants to continue breaking boundaries as a female in the energy sector and to expand her entrepreneurial endeavours that help young people to be financially savvy. Khoza plans to study further to expand her knowledge in International Humanitarian Law and Law of armed conflict.

Women shouldn’t have to do all the work when it comes to tackling patriarchy,August 2017