The Zodwa Khoza Memorial Tournament, celebrating women in soccer, has kicked off. 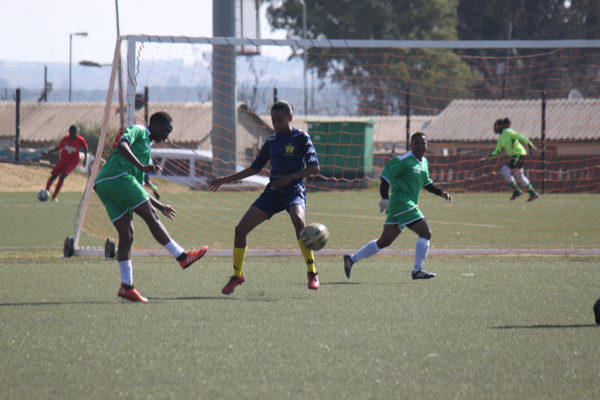 Wits Ladies will be competing in a tournament to celebrate women in sports.

The Zodwa Khoza Memorial Tournament, which features 12 teams including the Wits Ladies, kicked off on Women’s Day. The tournament aims to celebrate the life of former Orlando Pirates Brand Manager, Zodwa Khoza, and encourage participation in ladies’ soccer.

The ladies-only tournament, organised by the Soweto Local Football Association, will run at the Nike Training Centre until September 10. According to Peter Thuntsane, the general secretary of the association, “Zodwa Khoza was one of the women who penetrated the market dominated by males in soccer, so we thought we would keep her spirit alive to encourage other women.”

Thuntsane told Wits Vuvuzela that the tournament has already been successful in increasing the number of women who play soccer. “We started with only open teams and now we have added other age groups as well. It is the first time we have included under 13s and a grannies’ league this year,” he said.

Twenty-three-year-old Wits defensive midfielder, Samkelisiwe Nxumalo, said the tournament “is about putting women first. It’s a great place to showcase your talent and interact with other teams”. Nxumalo was, however, critical of the tournament saying, “The mere fact that it only happens in Women’s Month is just pathetic to me, we should be doing this all the time.”

According to Thuntsane, “The main purpose is to uplift women’s football. We are giving a platform for ladies to participate in games.” The tournament winners will also receive a soccer kit sponsored by Nike.

“It is important to encourage these youngsters to keep playing soccer…If we give them an opportunity to play competitive soccer, then they will be encouraged to go further and maybe represent our country one day,” said Thuntsane.