Some Wits fencing club fencers, are now part of the top 10 in Gauteng after winning two bronze medals at the Tuks Open, part of the Gauteng Fencing Association provincial tournament held at the Wanderers on August 26.

Individual male and female fencers were also competing at the tournament for provincial rankings. Cabanac bronze medal means that she is now ranked third in Gauteng in the senior women’s foil, and Snyman is number eight in the senior men’s foil category.

The previous fencing club vice-chairperson, Natalija Cerimaj, said, “We do two weapon categories at every tournament, epée and foil. We have a few fencers now that are in the [Gauteng] top 10 of each weapon category. We have improved our rankings since in previous years we hardly went to tournaments.”

Snyman said, “The quality of the competition is very high. I was very excited because I had never medalled at a provincial competition before. It was a goal of mine for quite a while. I obviously want to medal again, but I also want to make the Gauteng team.” 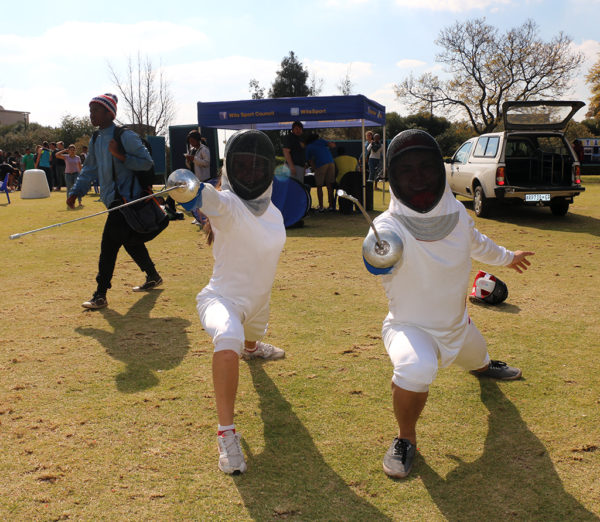 Fellow Wits fencer Daniel Chen, who came tenth in the senior men’s foil competition, said that although he was disappointed with his own performance, he was confident that some of the Wits team members would make the top 10 in South Africa.

“[The tournament] was a challenge because I faced some of the top participants South Africa. Gauteng has one of the strongest participants in all of South Africa and I had the pleasure to actually face them. It was a close match,” said Chen.

“Overall I’m proud. We do have the ability, skill and power. I’m nearly [in the top 10 in South Africa] there, I’m eleventh in South Africa, and Frankie is also nearly there,” said Chen.

The Wits fencing club is now training for the Western Cape Open national tournament, which takes place from 30 September to 1 October 2017.

“[It’s] another chance for us to improve our national rankings and get national medals. The Western Cape Open is a more difficult competition but we have done it before so we can do it again,” said Cerimaj.