This lesson has been engraved in me as I embark on my journey towards becoming a journalist.

The experience has come with numerous blessings.

Having started my honours studies in Journalism and Media studies, I got contracted with Media24, which meant that I had the opportunity to work at City Press for two weeks during the June holidays. 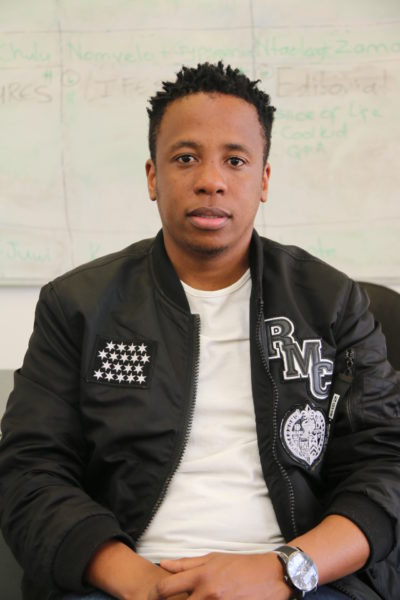 These two weeks were a roller coaster ride. The highs included having my first byline at such a reputable publication and getting to meet writers of the calibre of Mondli Makhaya and Timothy Molobi, whose writing I have revered for a while.

Personal achievements included publishing a total of 11 articles as well as shooting and editing two videos in that short amount of time spent at City Press. These were all accomplishments I would have never thought possible before setting foot in that newsroom.

However, with all this bliss I noticed a worrying fact. Being in an honours class made up of 17 students, 15 of whom are female, it came as a shock to me when I walked into a production meeting at the newspaper and found an all-male team of editors in attendance.

Nobel peace laureate Wangari Maathai explained this irony simply and well when she said, “The higher you go, the fewer women there are.”

I have never been oblivious of the fact that we exist in a patriarchal society, however, this incident came as a wake-up call to me. At the back of my head were the 15 female colleagues that I have had the opportunity to know on a personal basis.

Surely this imbalance could not be a result of lack of competence or the fact that females are not of the same intellectual calibre as their male counterparts, because I can attest to the exact opposite. Apart from being equally or even more qualified, creative and innovative, my female classmates have taught me time and again to overcome whatever obstacle is placed in my path.

Due to the demands of the course we do, there are numerous nights when we all have to leave the newsroom at ungodly hours of the night or early morning. As a man, I merely walk out of the newsroom and hardly think twice about what could happen to me.

However, with the rise in abductions in the last few months, one could not help but imagine the emotional strain that this has had on my female classmates.

There are other aspects of life that females have to overcome and yet still find themselves in a society where it is not the more intelligent, the more knowledgeable, the more creative, or innovative who gets ahead, but someone who merely happens to have different hormones and sexual organs.

There are no hormones that determine leadership attributes, and as men we need to stop thinking that merely having a penis renders us better than women.

A woman is as likely to be intelligent, innovative, and creative as a man, and if we are to live in a progressive world, we need to check our privilege and be aware of the disadvantaging nature of the patriarchal society we exist in. This is the first step towards bringing about tangible change.