Kayla De Jesus Freitas speaks on her personal experiences being deaf, the struggles she has faced and her views on the way forward in society. 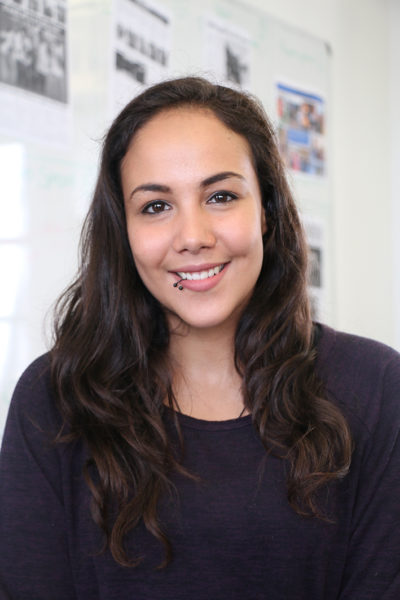 I remember with such clarity sitting alone in an audiologist’s office in 2014. My unimpressed stare masked the sheer terror I felt, as she explained that my hearing was slowly fading in my left ear and that I may go completely deaf.

She told me that I had a disorder known as Meniere’s disease, which causes hearing loss and vertigo. I was so obstinate in my refusal to believe that, at the age of 19, I needed a hearing aid. I recall leaving the appointment and crying in my car. I sobbed violently, not at the thought of losing my hearing but, at the idea of wearing something that I associated with the elderly. Clinging to my shallow mentality that a hearing aid would make me unattractive, I ignored the hearing loss for another two years.

By the end of 2016, my hearing had deteriorated to a point that I could no longer ignore. I was unable to hear my lecturers and could not identify from which direction sounds had originated. This daily challenge forced me to get re-tested and fitted with a hearing aid, a process through which I wept almost daily.

My self-esteem took a plunge every time people noticed the 2cm-long device and began contorting their faces, in the hope that I could read their lips. I was ashamed of my disability and feared the tiresome jokes, such as “Can you lend me an ear?” or “You’re only deaf in your left ear, so your hearing is actually all right”.

The experience, however, left me hyper aware of society’s disregard for individuals who are, by their standards, “dis-abled”. The enraging signs of ignorance were even evident to me even on Wits campus. I witnessed students bumping into a blind student without apologising. In my personal experience I often found irritation, as opposed to understanding, when explaining to individuals why I had asked them to repeat themselves more than once.

At the end of the last block, I undertook a story on the Wits Disability Awareness Week. I thought that like any awareness movement, the issues raised would live a moment in my mind before being overtaken by the daily worries of completing my degree. Needless to say, what I experienced stuck with me.

I interviewed the head of the Disability Rights Unit, Dr Anlia Pretorius, as part of the story. During the interview, Pretorius mentioned the achievements of other disabled students, such as a blind student who recently qualified as a doctor. “It’s all about the concept of don’t ‘dis’ my ability,” she said. I sat across from her filled with inspiration from the lived experiences of these individuals, who were proving that they would not be held back by their disability.

This moment made me realise the importance of raising awareness regarding disabilities. It drove the narrative home and showed me that, regardless of what society has told me, I am unbelievably capable. From that moment, I committed to wearing my hearing aid with pride, as a mark of my ability to overcome and achieve.

The Disability Awareness Week as a whole, showed me that it is integral for society to change the shallow archetypal conception of who is considered fundamentally “able” and who is not. It’s time that we stop “dissing” each other’s abilities and work towards a society that is welcoming to all individuals.