Fortunate Bosega bags Sportswoman of the year again at the Wits Sports Awards. 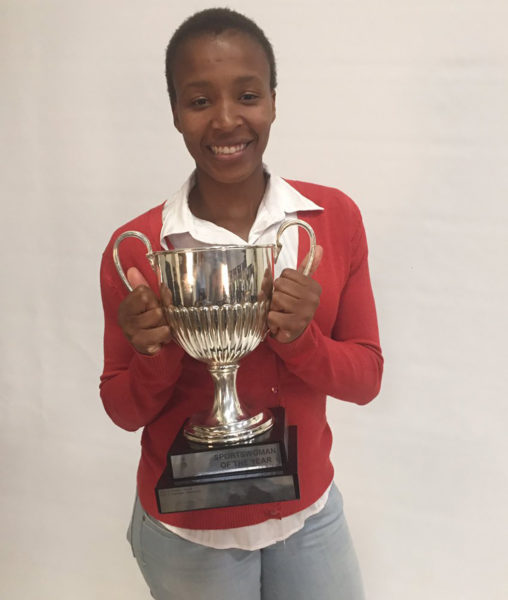 Wits Basketball player, Fortunate Bosega, took home one of the biggest awards for the second year running at the Wits Sports Awards, taking home Sportswoman of the Year. The awards were held last week Thursday at Wits’ Wits Sports hall.

Speaking to Wits Vuvuzela about her achievement, Bosega said, “There is joy in knowing that you are doing something right. The feeling never gets old. I’m honoured to be chosen as Sportswoman of the Year among so many deserving women. Winning such a title for a second time is incredible and this will definitely give me the support and confidence I need when things hit rock bottom.”

First team, Women’s basketball coach Wille Matlakala, said that Bosega won the biggest award of the night. “I believe that every sport person wants to be selected among the best and there is no bigger achievement at Wits Sports than the Sportswoman award.”

“The basketball club is excited to have one of us winning the award again this year. It is an indication that there is something as basketball both men and women we are doing right and can only get better,” he said.

Bosega participated in the Confederation of University and Colleges Sports Associations (CUCSA) games held earlier this year in Zimbabwe and was named Most Valuable Player at the tournament. Matlakala said, “Her being awarded at the CUCSA Games, Ashraf Memorial Tournament and University Sports South Africa Championships gave her the edge to be selected for the award.”

“She takes pride in her teammates and flourishes when her teammates play better. She is the kind of player that any coach will enjoy working with  and it has been the same with myself over the years,” Matlakala added.

Wits High Performance Club Manager Michael Dick, said that the winners were determined through an online voting system.  “The sports club nominate the people, the winners are determined by a point system. Students vote via a survey called survey monkey,” he said.