A WITS student has started a convenient and cheaper form of transport which will transport students home to KwaZulu-Natal at the end of the semester.
iTransi was started by second-year BSc student, Nondumiso Thango. She compared iTransi to services provided by Uber or
Taxify. The transportation will also transport student’s heavy luggage such as fridges at an additional cost. 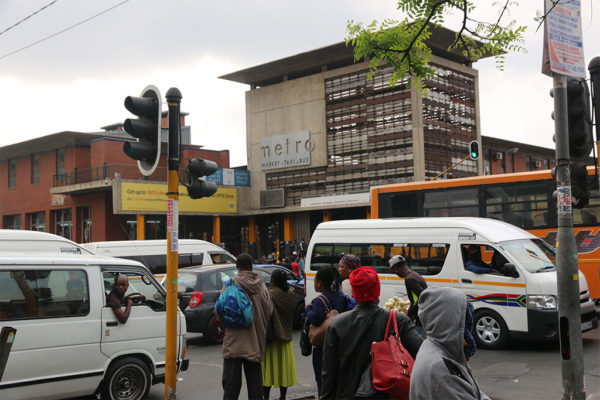 TAXIS FOR STUDENTS: Students will no longer have to go to taxi ranks when travelling with iTransi. Photo: Ntando Thukwana

Thango told Wits Vuvuzela that, “The advantage of iTransi is the opportunity to network with fellow Witsies.”
There are hopes to expand and transport students from other provinces, however, this will be
determined by demand.

Silondiwe Magwaza, a second year BSc construction studies student, said the prices are affordable. “We will only pay one price including bags, unlike in a bus where we have to pay for bags separately,” said Magwaza.

Magwaza said, “I chose iTransi because I’ll be dropped off at my nearest station unlike the bus where I still need to take another taxi before I get home.”
The fares range from R350 to R450 and the pick-up points will be on main campus and Education Campus. Thango said there would be additional pick-up points if there was a demand. Residences at South Point, J-One and Student Diggz were mentioned as some of the student residences that would be considered as pick-up points.

A second-year BCom information systems student, Nosipho Sibeko, said she liked iTransi because it is quicker than the bus. A bus usually takes about seven to eight hours whereas a taxi would take five to six hours.

Students looking for transport with iTransi can contact Thango personally on 084 019 4492, and then the applicant will receive a link so that they can fill in their departure details. This is an initiative by students for students.