Boston City Campus gets a facelift

Renovations to the canteen and replacement of the old basketball court for a garden aim to encourage students to spend more time on campus.

IT’S OUT with the old and in with the new for Boston City Campus and Business College, as renovations to its Braamfontein campus enter the final stages.

The renovations include replacing the abandoned basketball court with a garden, extending the canteen area and revamping the ground floor to give the Stiemens Street campus a “fresh” new look. All this is part of a campaign to minimise loitering in the precinct, according to Boston’s building supervisor, Jackie Ndebele.

“We decided to renovate for a new look so that the building looks different. It has been looking dull for years so they [management] wanted that upgrade,” said Ndebele, who has worked at the education institution for 10 years. 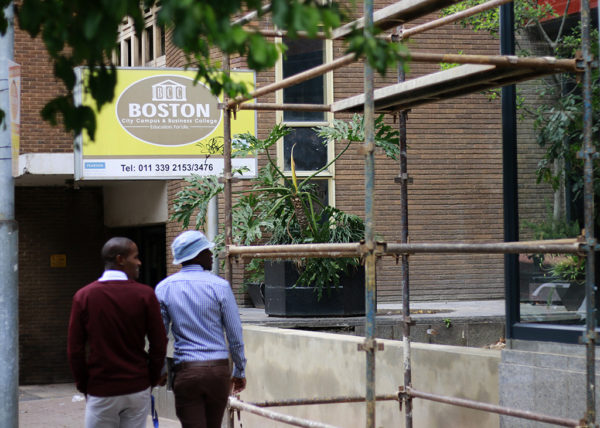 Ndebele added that the nine-floor building would now be the second largest Boston campus after Boston Media House in Sandton.

Boston does not have lecture-based facilities and lessons are conducted through a computer-based system called My Boston. “We do, however, have training advisors who assist students 24/7,” said Ndebele.

Kuda Chiwaye, a training advisor who started working at Boston this year, thought students would benefit from the renovations. “[Students] need to be happy and have confidence in the place. The space is big enough now.” 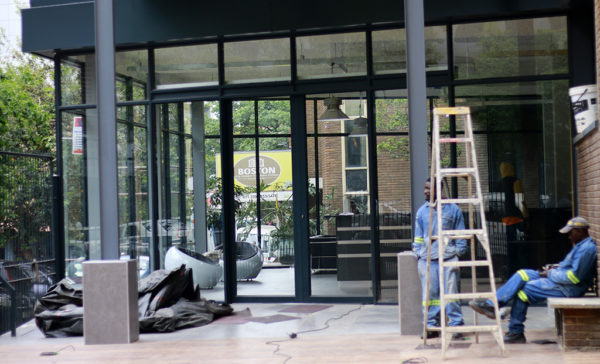 However, first year marketing management student, Kopano Mabusela, is not impressed by the renovations. “I don’t feel anyhow about the renovations. It is just about coming here and studying and completing my course,” he said.

He added that the institution should be spending funds on Wi-Fi instead of revamping the space. “We need it [wi-fi] because we don’t have access to the Internet when we come to school,” he said.

However, Thando Sibasa, a second-year business management student, is happy with the renovations.

“We never had a social interaction as students but now that we have an open place like the garden students won’t have to leave. We are able to interact and do our work here,” she said.

The renovation project started in June 2017 and is expected to be completed before the end of October.