A defense of patriarchy by Student Representative Council (SRC) member Cebolenkosi Khumalo has caused controversy among Wits students and generated negative comments on his Facebook timeline.

Khumalo posted on Facebook that, “As much as all women might identify with feminism, all man (sic) also identify with patriarchism. I am patriarchal.”

BA dramatic arts student, Angelinah Mofokeng, responded on Khumalo’s timeline that, she regretted voting for him. “Sick to my stomach watching Cebo defend this. Sick to my stomach knowing I voted for you,” she wrote.

Khumalo is the current constitution, legal and policy officer for the SRC. 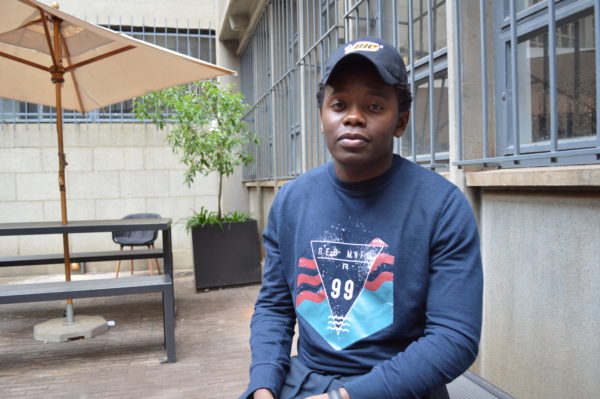 Mofokeng told Wits Vuvuzela that, “That was just very upsetting for me. I don’t know if Cebo is looking for our attention but this is not the right way to be getting our attention. Patriarchy is killing us and we can’t deny that.”

According to Khumalo, the sentiments he expressed form part of a book that he is writing that will be titled I am Patriarchal: Misconceptions of Patriarchy and Oppressive Feminism. It will focus on breaking down and understanding the “importance of patriarchy in society” and the issues which have arisen with the “third wave of feminism”.

Mofokeng was shocked to hear that Khumalo’s views on patriarchy were going into a book “If he even thinks about writing this book, South African women are going to boycott this book and we are going to burn down any book store that keeps it in. And I’m ready to do that for real because we can’t accept this sort of business,” the fourth-year student said.

However, a third-year BAccSci student, Thando Mntambo, said that she was looking forward to the book. “I am interested to read what he has to say. However, I would have preferred that he kept his comments until he is outside of office,” the student who identified herself as feminist, said.

Khumalo told Wits Vuvuzela that he was not bothered by the criticism he had. “I don’t even blame some of these people because they haven’t even done a lot of research on these things. Being patriarchal doesn’t mean that you are abusive to a woman. It doesn’t mean you oppress the other. Patriarchal means it is an ideal man that is expected within that particular space because it differs according to society and is relative to people,” he said.

“There should be equality amongst all of us, not just advancing the other group over the other, that won’t achieve anything,” he added.

Khumalo says he has completed six chapters of the book and is left with three. He says some of his lecturers will have a look at it and edit it. The third-year BA Law student hopes the book will be published early next year.