Wits’ Kapepula is man of the match on debut 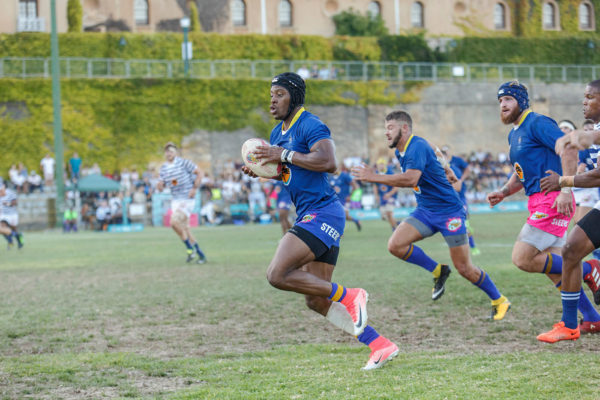 Wits University’s Daniel Kasande Kapepula could not have asked for a better start to his Varsity Cup debut.

The 22-year-old Bachelor of Arts student was crowned “Player that Rocks” or the man of the match after Wits defeated hosts, the University of Cape Town, in a spectacular comeback on Monday, January 29. The game ended 30-26 with Kapepula scoring one of the two late tries that secured the Wits victory.

Kapepula told Wits Vuvuzela that the experience of winning man of the match award on his debut Varsity Cup performance was a hard to explain.

“A lot was going on in my head and I had to contain a lot of it at that time. It all came to me after the game was over because tears started running down face at the end of the game when I realised what had happened,” he said. He has played for the Wits under-19 team since 2015.

Kapepula is a natural athlete and says he transitioned in Grade 8 from to rugby from athletics where he had represented Gauteng in provincial tournaments.

“All we want is to make the last four, the semi-finals and go all the way. If I could put in more man of the match performances to make it happen, that would be awesome,” he said.

Kapepula is aiming to play for the Lions in the next year or two.