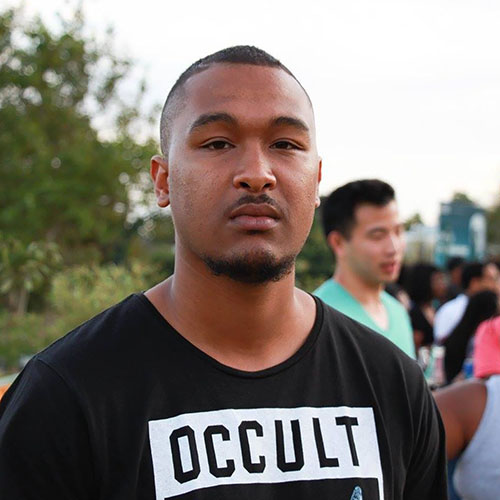 23-year-old,Keyan Jardine, is expected to return to South Africa at the end of the year.
Photo: Provided

Jardine completed a BA General in History and Philosophy in 2015, and a BA Honours in History in 2016 at Wits. Jardine said he was prompted to apply for the scholarship by an Oxford academic whom he had been in contact with.

“Scholarships like the FirstRand African Studies allow young researchers the opportunity to study with specialists in their field around the world, regardless of what their field is. In the end, this results in the increase of the quality of research and knowledge in the country once these researchers return,” Jardine said.

The masters candidate said his aim is to conduct research on gangsterism in Johannesburg with a focus on predominantly coloured communities.

“As far back as I can remember, I’ve always wanted to be a historian (except for that one year where I wanted to be a rapper!). Luckily enough, for me, I have always had that one single goal in mind, and I am still on the path to pursuing it after many years,” he said.

Jardine’s interest in street gangs is an extension of his honours research which sought to account for the historical formation and development of two rival street gangs in the coloured township of Westbury.  Jardine said he was discontent with the current explanations for the dominant culture of gangsterism, in especially in coloured communities.

On the transition from Wits to Oxford, Jardine said, “With Oxford being the number one university in the world, one would expect the level of difficulty to be vastly different from Wits. In fact, I have found this not to be the case. I firmly believe that the level of academic engagement at Wits, both from lecturers and students, is no different from Oxford. This being said, the workload is extremely intense. It is on another level, undoubtedly. But again, an honours degree in the humanities at Wits prepares you, in many ways, for this intensity.”

Jardine encourages graduates to apply for international scholarships of this nature, “The biggest piece of advice I can give students is that you should never doubt yourself and your potential, even though other people’s achievements may seem unbeatable to you. Compared to a scientist who have just developed a revolutionary mechanical device, the work of a historian may seem insignificant, but it is not,” he added.