Wits rowing honoured with an award and two nominations.

A Wits rowing coach has won an award at the second annual RowSA (Rowing South Africa) awards for his work in 2017.

Kyle Hanck, a rowing coach with the Wits University Boat Club (WUBC), was honoured at the second annual RowSA awards last month. Hanck won the Volunteer of the Year category while fellow coach, Daniel Trollip, was nominated in the Junior Coach of the Year category.

“It great to have been nominated again for 2017 and selected as one of the finalist, said Hanck. “The nomination means a lot to me. I was humbled and honoured that the club nominated me and recognised my contribution. I do not do this for recognition or fame, but rather to help the sport that I love prosper and to be a mentor to the future generation of leaders,” he added. 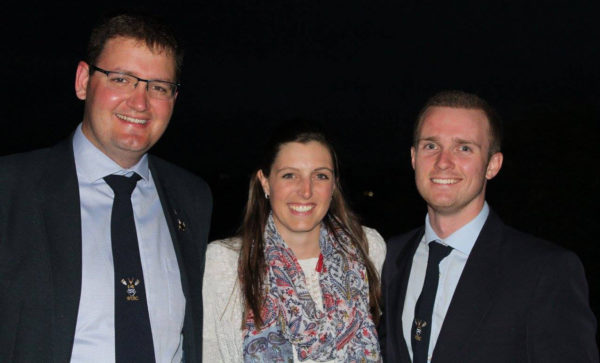 Trollip, a first time nominee said that he was “very excited to be nominated as there are many great coaches in South Africa, some of who coached me when I was a junior. It means a lot to me, rowing coaching is a very difficult job and it is done mostly for the love of the sport so recognition is always welcomed.”

Hanck has stepped down as head of WUBC to pursue a work opportunity overseas but remains optimistic about the club’s capacity to continue improving its performance.

“We have managed to create a stable platform from which the club can operate, have got the club into a stable financial position and the results on the water are starting to reflect this. It is important to remember that there is no short-term fix and sometimes the process can take a while,” Hanck said.

Hanck will continue working with the club in an administrative and advisory role.