Newsroom report: Fake news not as common in SA as in other countries

Fake news was the crux of the of discussion during the State of the Newsroom 2017 report launch.

This is one of the main points that came out of the launch of the State of the Newsroom 2017 report hosted by the Wits Journalism department at the Wits Club on Friday.

The State of the Newsroom report aims to give a snapshot of newsrooms over a 12-month period and provide an overview of the developments in journalism in South Africa.

The launched included a panel discussion which was conduct by veteran journalist and SABC board member, Prof Mathatha Tsedu, the former acting head of news at the SABC, Kenneth Makatees and eNCA correspondent in the United States, Simon Marks. 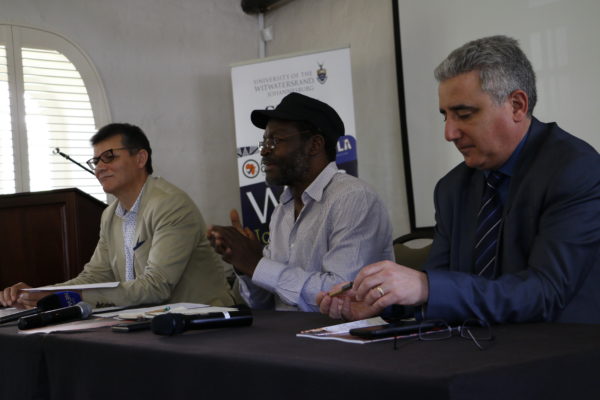 Lead researcher and editor of the report, Alan Finlay spoke about how research from students from the Wits Journalism department on fake news was included in the report.

“When they summarised this research, they came to a conclusion that fake news wasn’t as prevalent in South Africa as we might think it is. In particular, fake news sites have dwindled or are no longer in production,” said Finlay.

The discussion on fake news and its prevalence in newsroom resulted in the conclusion that affective fact checking is one of the ways to counter it.

“Fact checking, the old fashioned fact checking is the only affective way of countering the fake news that is out there,” said Makatees.

“When news breaks on Twitter, it then exposes us to the vulnerability and fact checking has become more and more urgent,” he added.

Marks provided an American perspective on fake news and how United States of America President Donald Trump has affected its prevalence and difficulty for journalists.

“I now live in crazyville. I now live in a city that used to be a haven for intellectual, substantive, subtle nuanced conversations and now has become a haven for madness and a haven for incredibly challenging times as a journalist because we have a President of the United States who uses as he refers to as his ‘beautiful Twitter account’ often to settle scores against media houses that he takes issue with… what he means by fake news is news reporting that he doesn’t like,” said Marks.